You may know Anya Taylor Joy from being the older sister in the movie The Witch, which got a lot of HYPE when it first came out because it was Robert Eggers' first movie he wrote, directed and put together. His career prior to The Witch was a set designer at least that's the story I remember. I also remember it wasn't all that scary but Pilgrims living with a demon Goat in the middle of nowhere amongst Witches isn't that relatable for me!

It turns out that Anya Taylor Joy was international before she ever got into acting, born in Miami, raised in Argentina then the UK, before ending up as a pretty well respected "it girl" in Hollywood.

I am not sure what this shoot is for, but it's got weird Mall Boudoir vibes you'd expect to see on a booth at a Tattoo show, the rose in her mouth like a Spanish conquistador is a nice touch, romantic even, but probably not as romantic as the love songs that you should write to leave on this one's instagram comments! To show her you care. 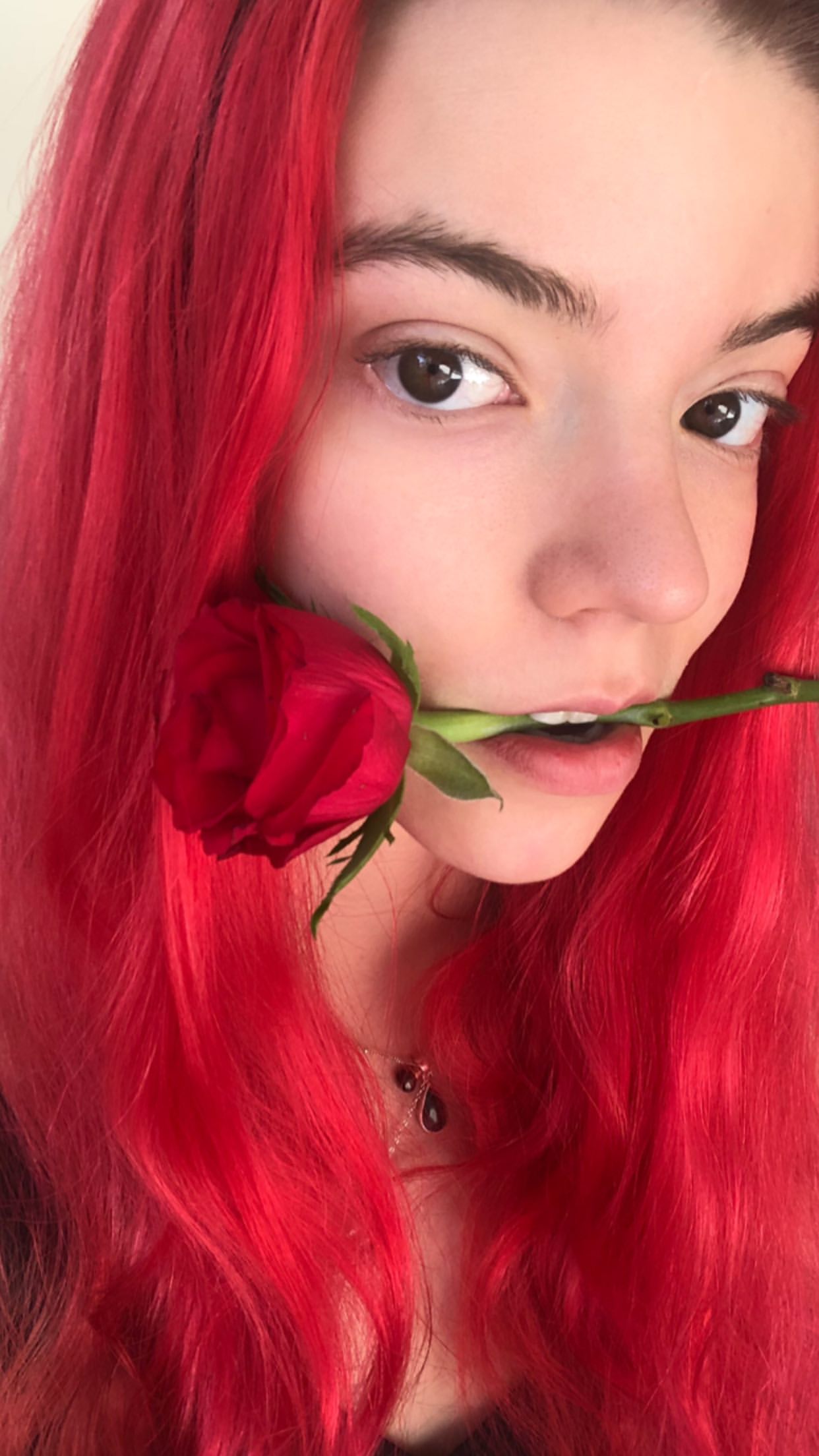