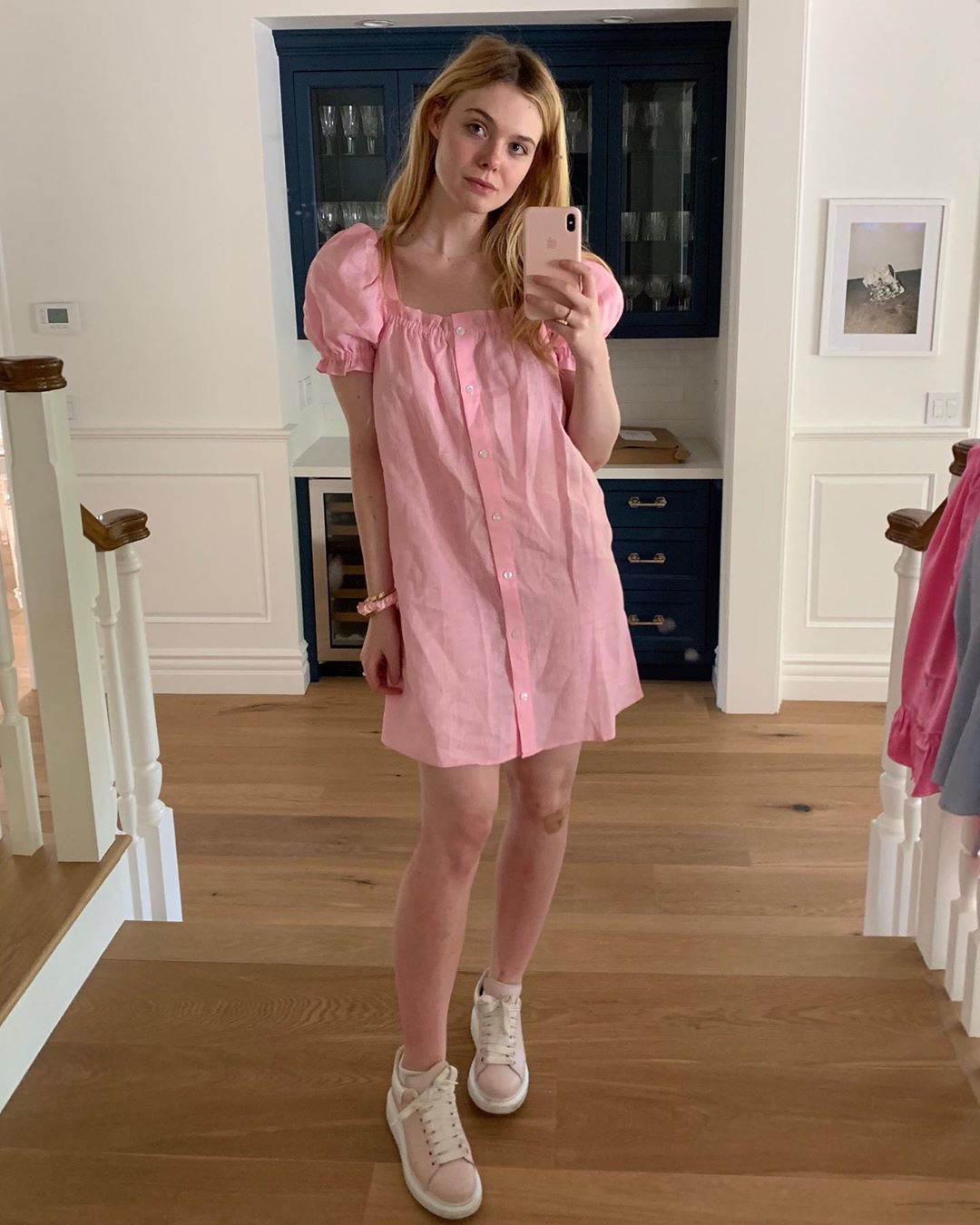 Elle Fanning is in the news, unfortunately in part because of a Jimmy Fallon clip they are trying to make go viral where she shows off her "Brad Pitt". Fast forward to 3:20.

I can't believe people watch Fallon, I find him painful to watch, but let's try to keep things positive here and focus on what matters - your girl Elle Fanning in Drag.

Along with turning 22 in Quarantine, listening to Taylor Swift's 22, she is also promoting her new show called "The Great" that is a historical parody by the guy who did The Favorite where she plays Katherine the Great.

I don't know if Elle Fanning gets better or worse in this interview, at least not for the Elle Fanning fans, because as someone who isn't a real fan, I am going to go with worse, but that could just be the Fallon effect! Anything he is attached to, ruins anything good going on!