Barbara Palvin was back in her home country of Hungary this weekend to take part in the annual MTC Europe Music Awards, or the EMA's. The model was happy to show her fans around the country and shared some promo photos for the event that were shot in an arcade with DJ David Guetta acting as her co-star.

Because of the current pandemic, the show was filmed in various locations around Europe and had Lady Gaga taking home the award for Best Artist. Some of the performances were by Madison Beer, Doja Cat and Alicia Keys, who took the stage in a full sequinned face mask! 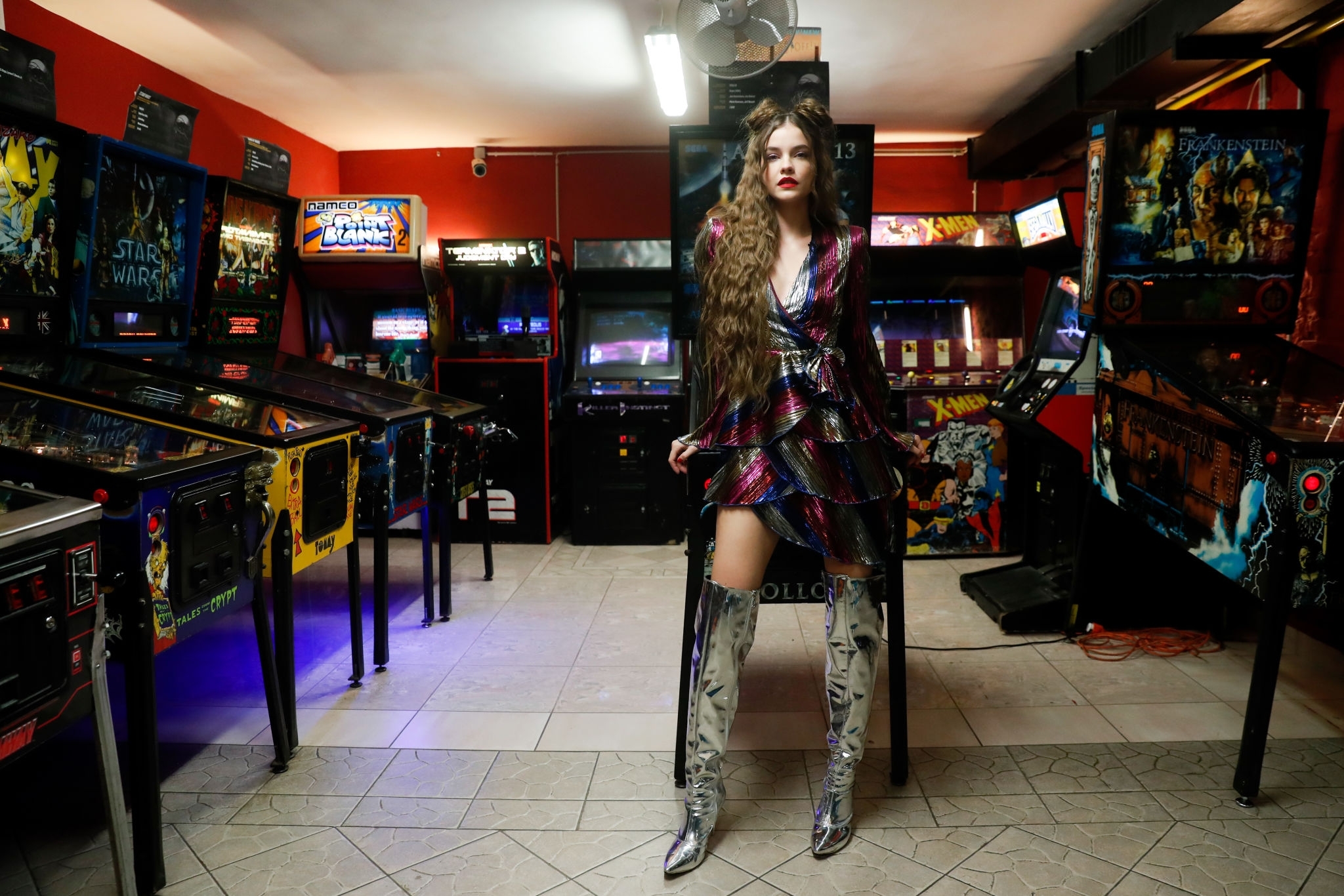