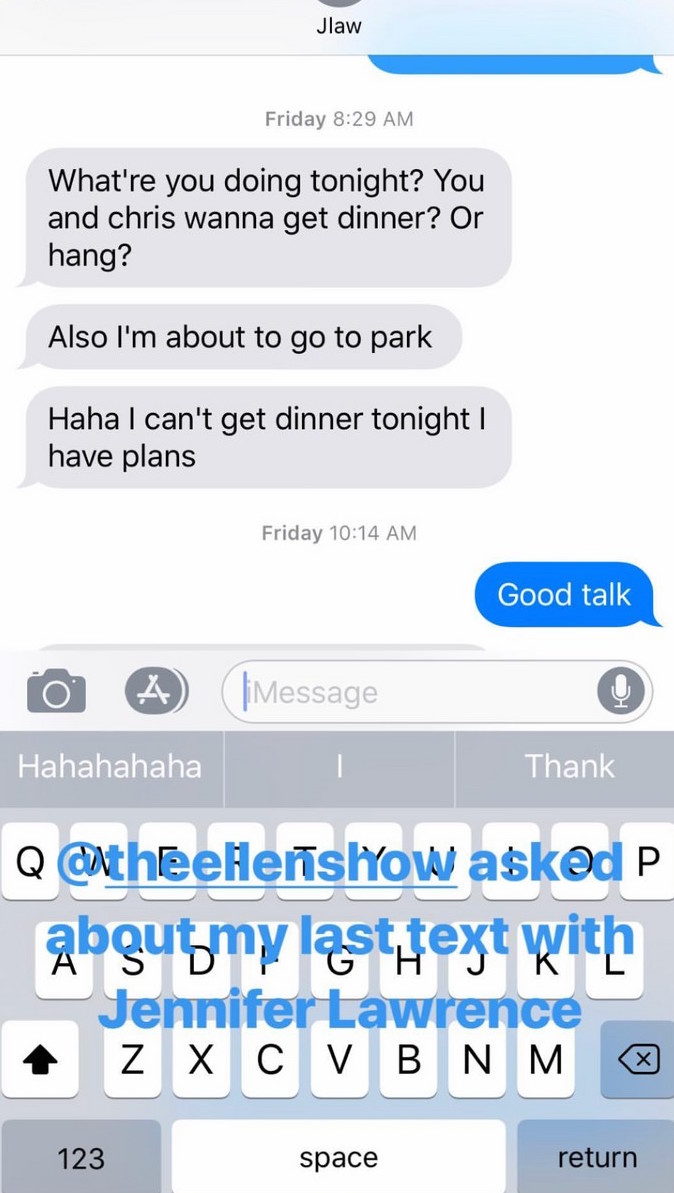 Do you ever wonder what a friendship is like between two self-obsessed bitches? Well you're in luck, because even though she's practically anemic, little skinny minny size six Amy Schumer was somehow able to work up the energy to pick up her phone and screen cap a text exchange with Jennifer Lawrence, which she shared to her Instagram Story. Apparently Ellen asked her what her last text was with J Law. Oh crazy Ellen. Always stirring the pot. So kooky and relatable. Getting celebs to really "go there." When exactly is she going to die.

In the text, J Law channels every sorostitute who's ever existed by canceling plans as soon as she suggests them and texting random stupid things that only the sender could possibly in a million years care about. But the thing is, sorostitutes are nineteen, and people are allowed to be unreliable narcissistic monsters when they're nineteen. Jennifer Lawrence is twenty-seven-years-old. But I guess when your parents pimp you out to child rapist at fourteen - ALLEGEDLY, according to me - you need to make up for a lost childhood. Schumer, on the other hand, is fifty-nine, and the fact that she thinks her response "good talk" is pithy enough to warrant a spot on her Insta Story makes me think that she might not be the hilarious and groundbreaking comedian I thought she was. Never put your faith in your heroes.

I would say that Schumer is piggybacking off Lawrence's fame with this stunt, but honestly, the world seems to see their unlikeability as neck and neck right now. It's anybody's game for who can be the stupider cow. Anyway haha c ya later jk what r u doing 2 nite nvm im busy call me lol wtf rotfl. 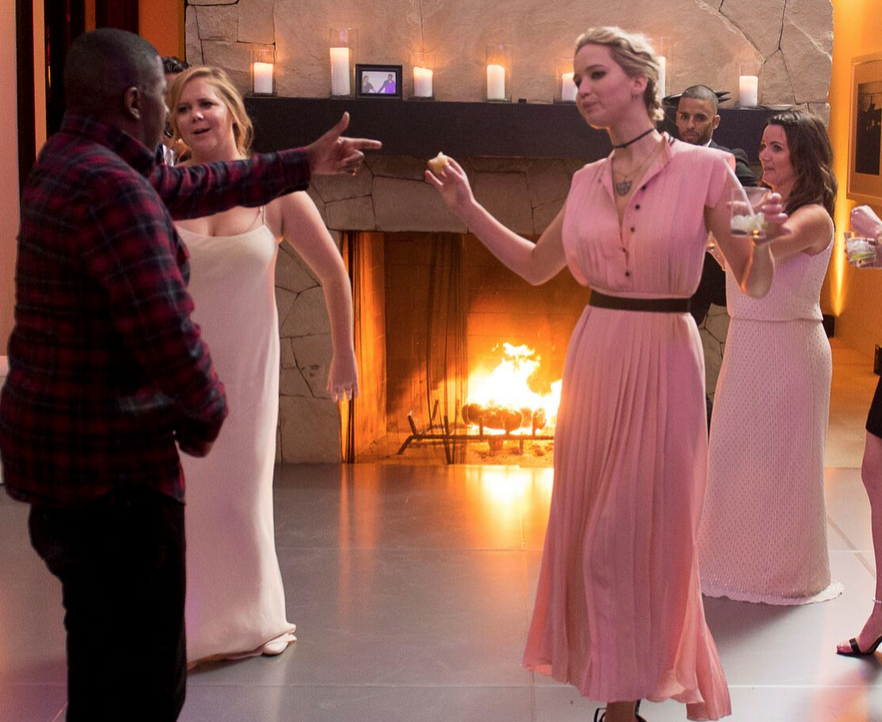 It’s my 2 month anniversary with this sandwich! Also #ifeelpretty comes out in one week. #castleonacloud