Rapper Post Malone has started his own Beer Pong League and he's been doing a sort of virtual tournament by streaming the games on Instagram live. This week, the rapper from Texas had our favorite duo of 2020 team up against him, Bebe Rexha and Doja Cat.

Bebe and Doja recently teamed up on a song called Baby, I'm Jealous and are teaming up again to try and beat Post Malone at the same time. You can see the entire episode below which shoes Bebe trying to get down the stairs in a pair of skin tight pleather pants while Doja helps her out. Bebe stems to psych out the competition by yelling things like "my titty is out!"

And here is Bebe Rexha dancing in a bodysuit to the Spanish version of the Baby, I'm Jealous song. 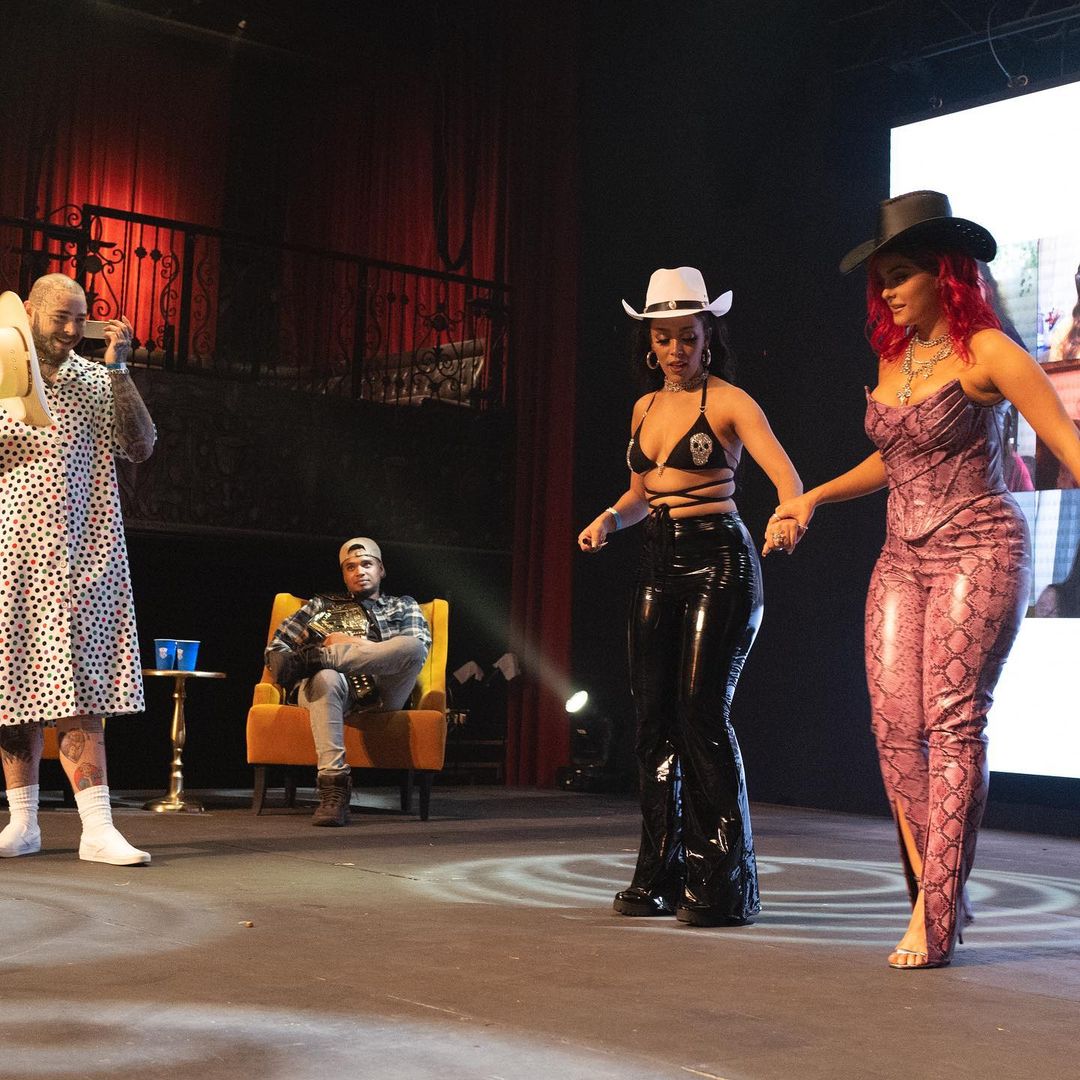