Bella Thorne’s newest movie Infamous was released today which means she can finally release some of her behind the scenes content that she shot during filming down in her home state of Florida. The best part about the BTS photos is I cannot tell the difference between her co-star and her boyfriend Ben. I have no idea where Jake Manley ends and Ben Mascolo begins! I’m sure it wasn’t hard for Bella to play the part of this guys girlfriend considering she does it in real life already. She also mentioned that she felt really comfortable filming the nude / sex scenes so you know they get down and dirty in this film.

Here’s the trailer to Infamous, will you be watching? 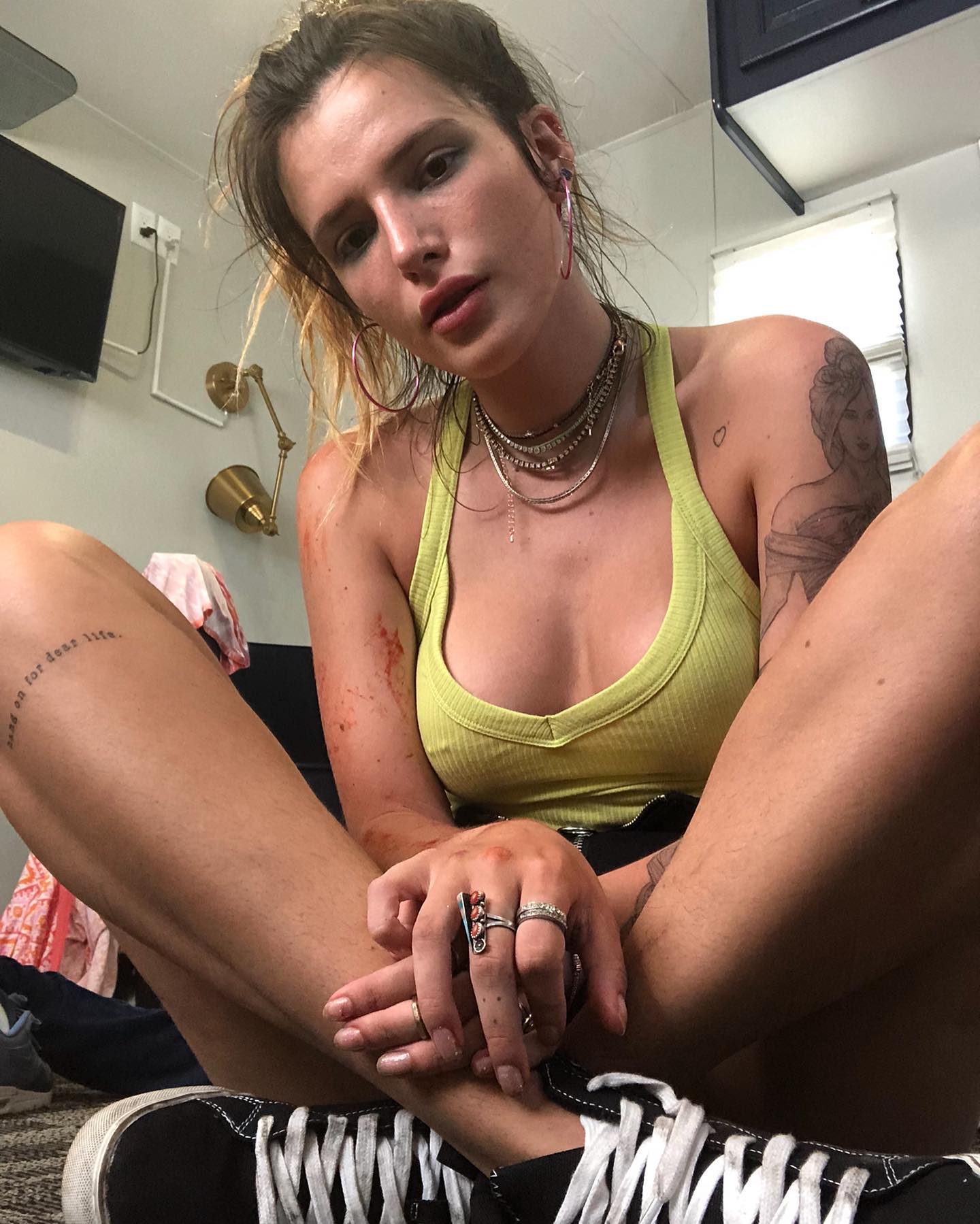 Brie Larson is Learning to Dance!