Depending on how old you are you may have been introduced to Aubrey O’Day in her Making the Band days where she was part of the P.Diddy group called Danity Kane. You may have been introduced to her when she was past that stage and appeared on the Celebrity Apprentice, shout out Mr. President, or maybe you didn’t hear about her until she called out Donald Trump Jr. for having an affair with her and being the love of her life/soulmate.

Either way, this is not what she has always looked like. But it is what the paparazzi and basically every gossip mag is saying Aubrey looks like. I see it, to me this looks like Aubrey if she got stung by a thousand wasps or something, but she’s out here claiming it is NOT her. So who is it then?!

Aubrey also said she is sick of the industry attacking women’s bodies but is also very adamant that the person in this photo isn’t her. I’m less concerned with what happened to her and more concerned with who is this fake Aubrey O’Day and what caused all the boob sweat? This whole thing is not gonna help her sell that Flat Tummy Tea she’s been pushing!

Here is the photo in question: 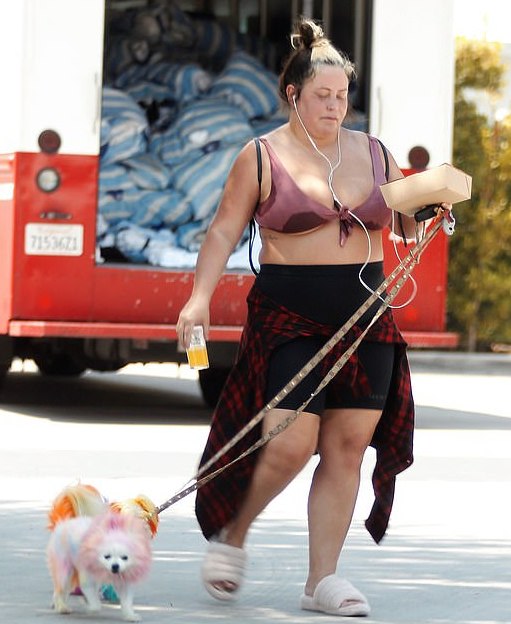 Aubrey took to her Instagram to defend herself with a mirror selfie showing us what she actually looks like, which is still I’m sure heavily filtered and edited because that’s her jam. People are even saying the sign is photoshopped into an old photo of the singer. Do we think this person walking Aubrey’s dog with the same rib cage tattoo as her is Audrey, or an impostor? 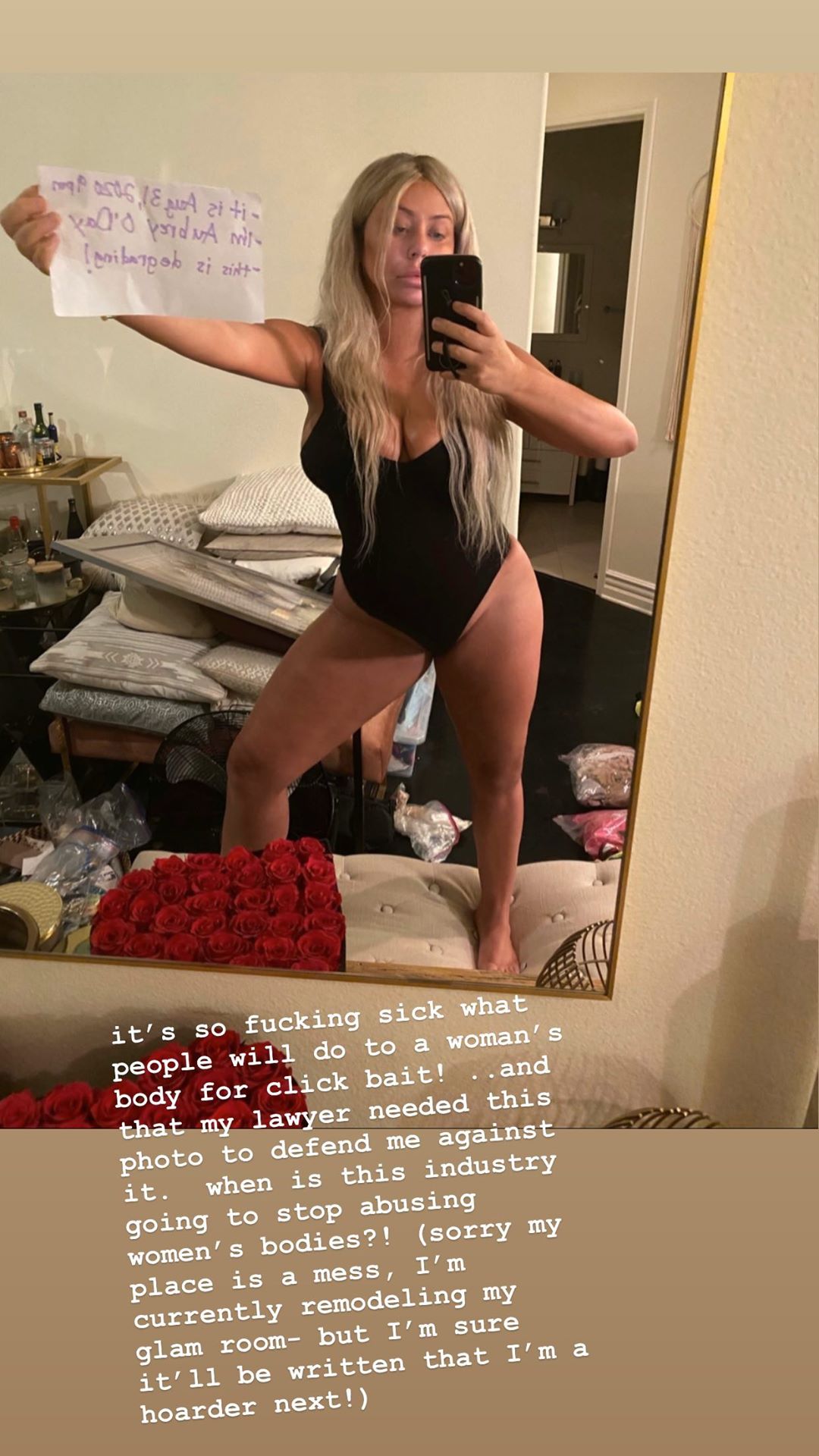