Tinashe posted these pics on her INSTAGRAM with the inspiring caption of:

to be happy and full of love every day... that’s the ultimate goal

Which are some inspiring words to be set to some hot pics of her showing off her.....ummmm...braids...because you know how much we love braids, because this post is about the braids right?

I know that no one actually knows who Tinashe is, but that doesn't mean her life doesn't matter!

She's a singer who has also acted and is currently managed by Jay Z's Roc Nation. She was also in the live "Rent" production which was on Fox, because there was a minute where all the networks trying to get eyeballs by doing LIVE shows, which makes sense in theory, but not in practice, since they've all been terrible, but clearly Tinashe is not terrible! She's great. 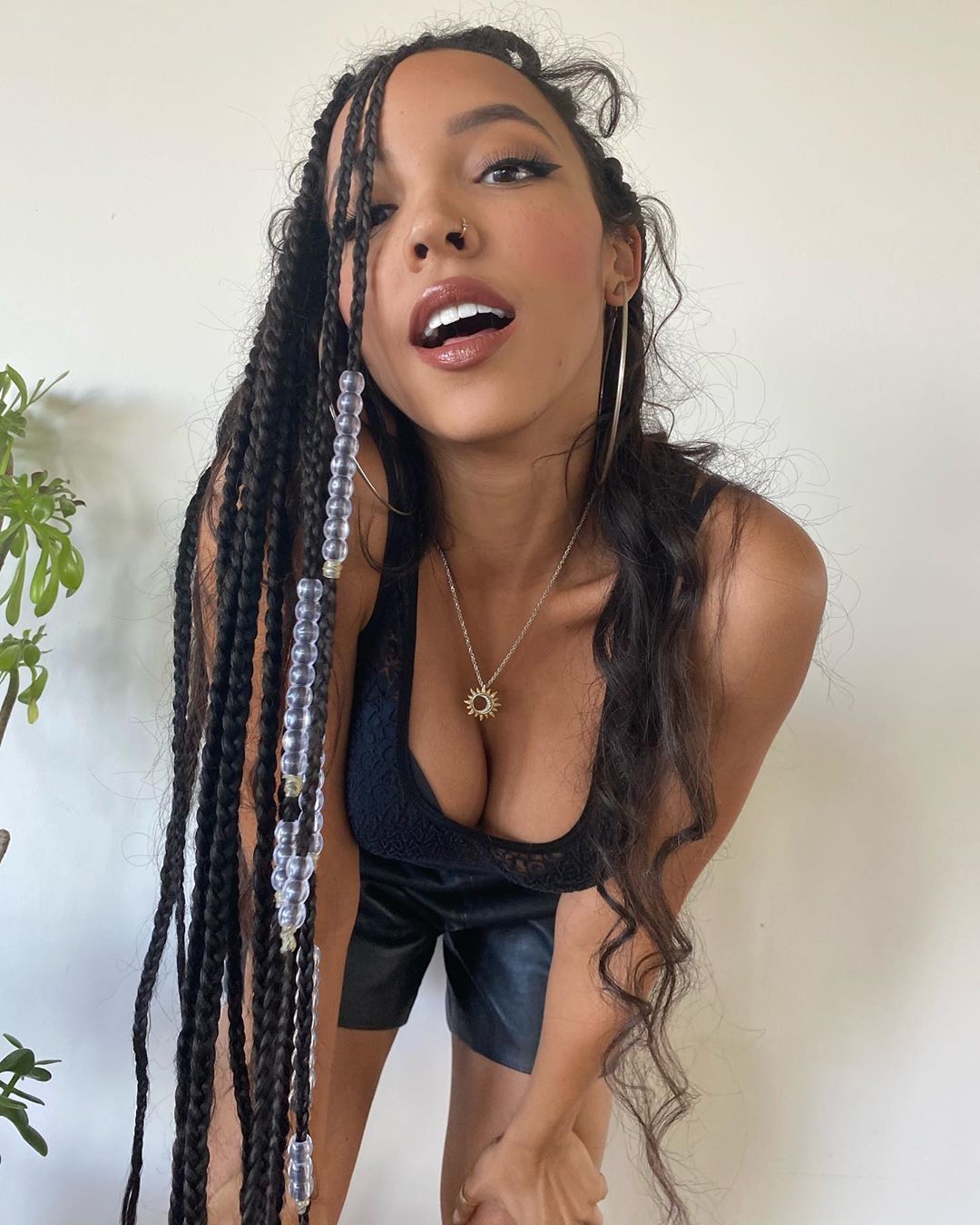 April Love Geary in a Bikini and Other Fine Things!