Elizabeth Banks is channeling her inner Tara Reid for Halloween which is pretty amazing! I hope for Tara's sake that this makes her name trend on Google for the first time in a long time because she deserves it! Elizabeth shared some selfies where she is dressed up early for Halloween wearing a green bikini top with her hair up in a matching scrunchie and asked fans to guess what her costume was.

A lot of people guessed that Liz was dressed as Reese Witherspoon's character in Legally Blonde, but others noticed the face she was making was identical to Tara's character, Bunny Lebowski in the film The Big Lebowski. Elizabeth Banks is up there on the list of the best costumes of 2020 with this one, but where's the video reenactment of the iconic clip below? 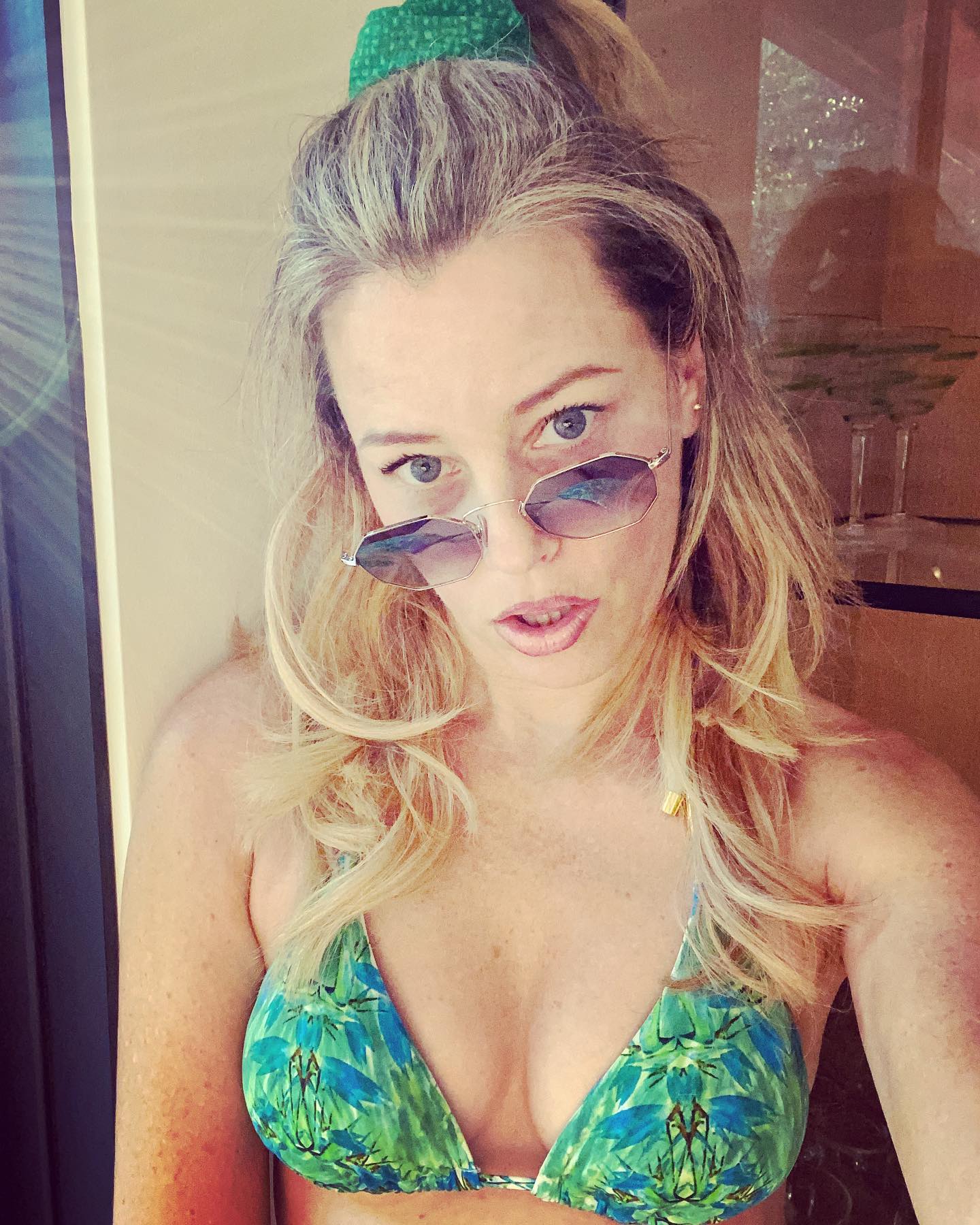 Brie Larson and Her Zucchini!

Working Out With Madelaine Petsch!