Actress Sydney Sweeney is hot in the streets these days.  The "Euphoria" star is riding the wave of the success of the HBO Max series and that landed her on "The Ellen DeGeneres Show."  During her appearance she had quite the story about her boobs and her grandparents.

The 24-year-old revealed to Ellen that she had her grandparents attended the Season 2 premiere of the show.  She completely forgot about the nudity, but her grandparents didn't mind.  They responded to the nudity by saying she has "the best tits in Hollywood."

"I invited my entire family and I didn't really think about (the nudity)....  I was like, 'It's a Hollywood premiere!  You've got to come!'  We were all sitting next to each other and giant screen, ginormous screen."

Ellen asked the obvious about what her family, especially her grandparents thought of the nudity and this was her response, "They said I have the best tits in Hollywood."

I gotta be honest, I had no idea who Sydney Sweeney was a couple of weeks ago.  But having your grandparents watch you on a giant screen naked seems like a completely normal thing.  What's with the 90s airhead accent too?  Is this a thing again? 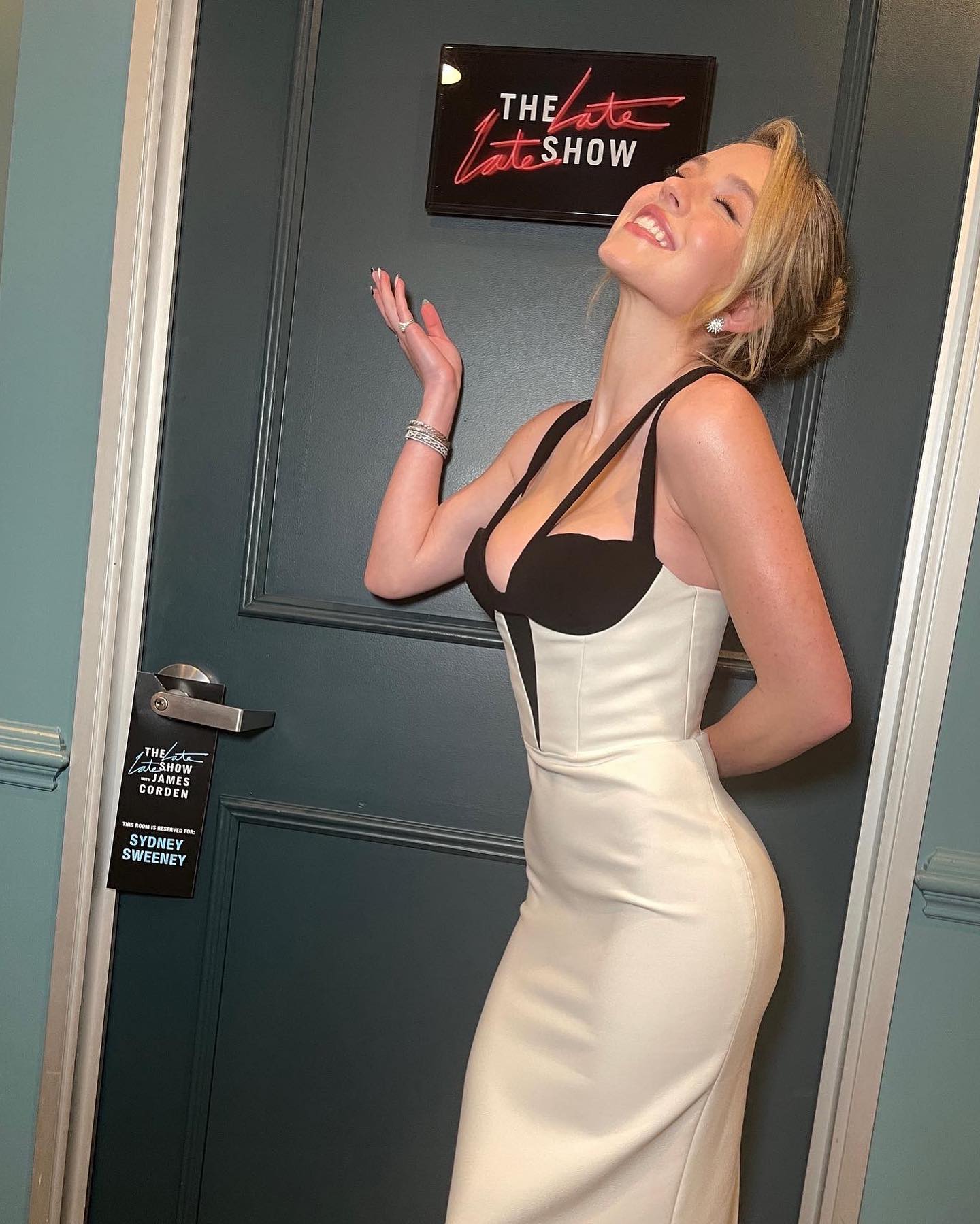