Sara Sampaio is a Sexbot in WIFELIKE!

Sara Sampaio stars in a new thriller called Wifelike, taking on the role of a sex robot that has no real duties other than looking hot and showing off. Since Sara is a model in real life, it seems like this role couldn't have been that hard to pull off and all she was required to do was look robotic and sexy while wearing a black lingerie set. 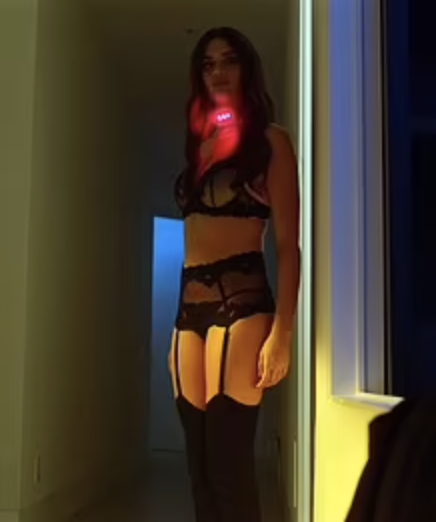 The film also stars Jonathan Rhys Meyers who you may remember from recent headlines after her smuggled in a bunch of weed with the Cocoa Cola heir. It was a weird story but it happened, luckily that event didn't cost Jonathan his career!

Here is the trailer for Wifelike!

Bella Hadid Plays With Her Reflection!

Guess the Bikini Body and Other Fine Things!