Miley Cyrus has officially announced her long awaited album that has been put off for over 2 years. When she started making the record, Miley was playing with her fans and wearing her hair in an old Hannah Montana wig and using captions like "She is Coming" which lead a lot of people to think that Miley was brining back her HM vibe.

Since then, Miley has gone through a divorce, a vocal cord surgery and her entire house burned to the ground during the Malibu fires. As it turns out, the record burned in the flames as well and Miley basically started all over. Here is what she had to say about the new album, now called Plastic Hearts, through a hand written on her website! 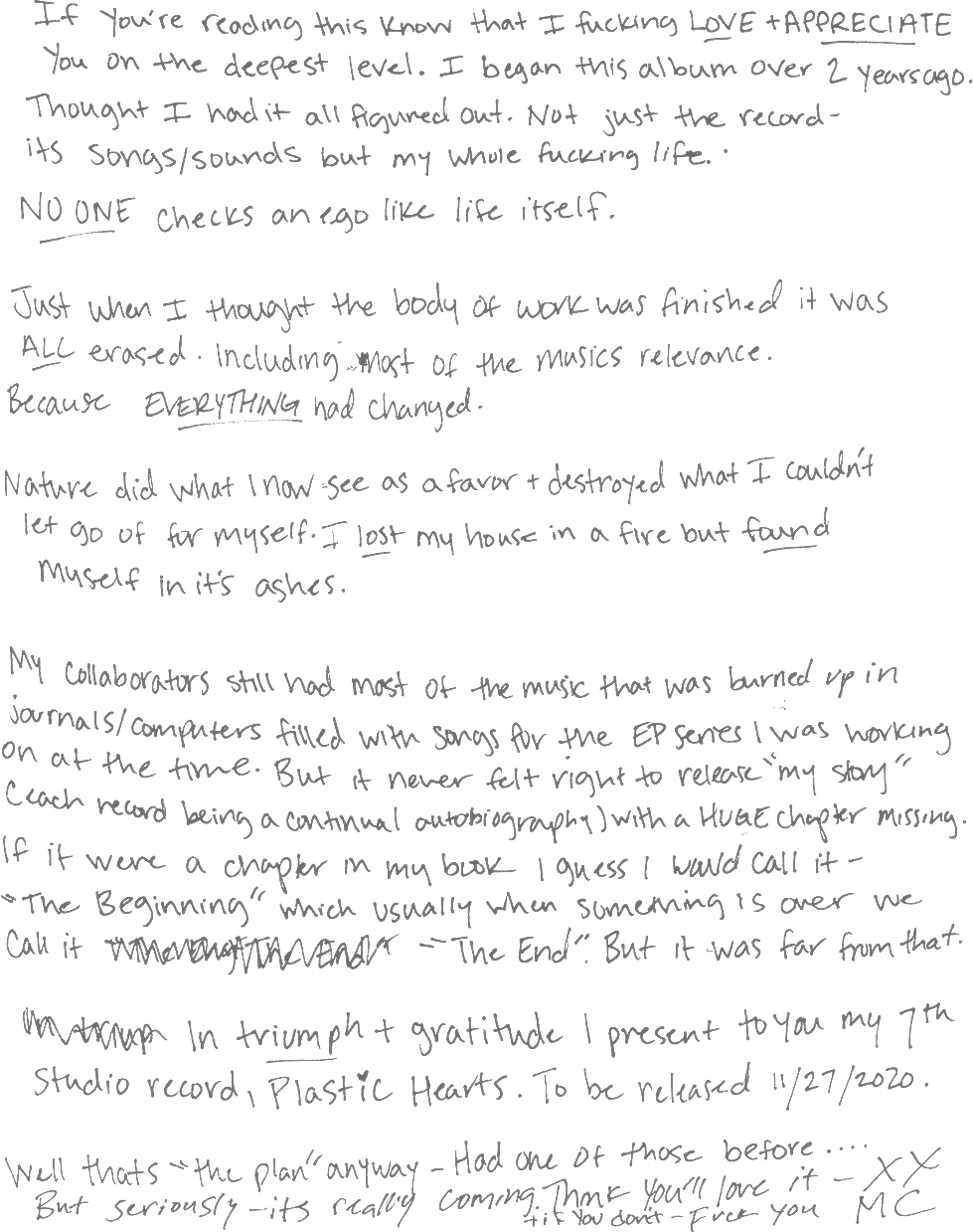 If you’re reading this… know that I fucking love and appreciate you on the deepest level. I began this album over 2 years ago. Thought I had it all figured out. Not just the record with its songs and sounds but my whole fucking life. But no one checks an ego like life itself. Just when I thought the body of work was finished… it was ALL erased. Including most of the musics relevance.
Because EVERYTHING had changed.

Nature did what I now see as a favor and destroyed what I couldn’t let go of for myself.
I lost my house in a fire but found myself in its ashes.

Luckily my collaborators still had most of the music that was burned up in journals and computers filled with songs for the EP series I was working on at the time. But it never felt right to release my “story” (each record being a continual autobiography) with a huge chapter missing.

If it were a chapter in my book I guess I would call it “The Beginning” which usually when something is over we call it “The End”. But it was far from that.

In triumph and gratitude I present to you my 7th studio record, Plastic Hearts. To be released Nov. 27th 2020.

Bella Hadid is a Work of Art!