Megan Thee Stallion released her new latest album a few months ago and at the time she shared a teaser for an upcoming music video which featured a funeral scene.

There has been a weird theme of funerals in recent music videos lately, with Charli XCX releasing the video for the first single off her latest album called Good Ones which features a funeral.

Megan released her long awaited music video for a song called Ungrateful which features Memphis rapper Key Glock. With lyrics about "fake ass, snakes-ass and backstabbin' hatin'-ass" girls, Megan had a lot to say about her competitors.

The video begins with Megan laying on a bed in her lingerie before strutting into funeral service, dressed in all black, complete with a long black veil. The rapper later emerges from the funeral wearing all white. I know there's some symbolism happening in this video but I'll stop here.

Watch the new Ungrateful video below and scroll through the gallery for some highlights from the set of Megan Thee Stallion's latest video! 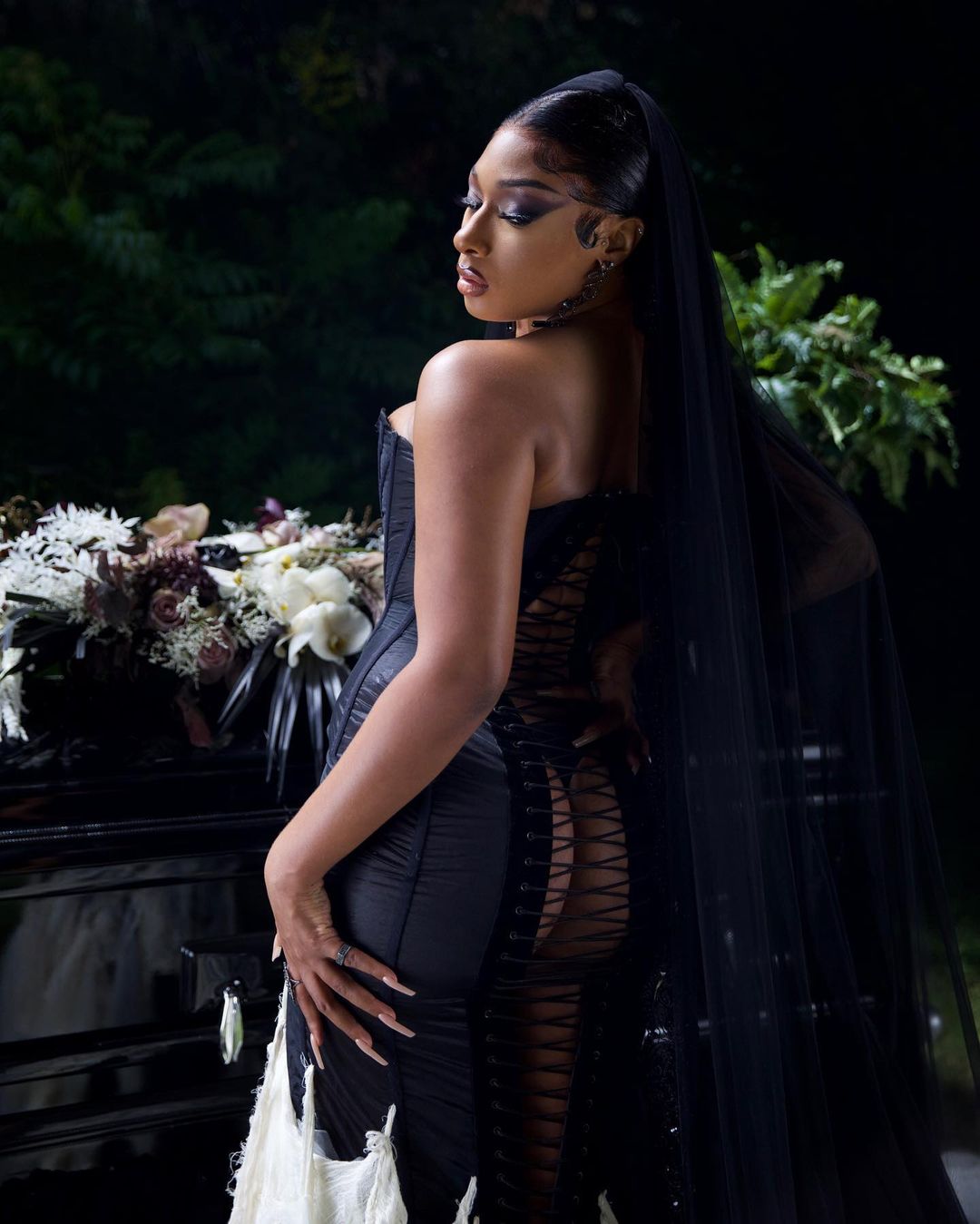