Is Miley Cyrus a Biter?

As we all know, Miley Cyrus is dropping her very long awaited album Plastic Hearts later this month. The pop star has been promoting the album and it's first single Midnight Sky for the last few months and just dropped her new single Prisoner Featuring Dua Lipa last week. The music video features Miley and Dua cruising around on a tour bus and getting into basically a big mess before hitting the stage in a bar.

Apparently the video is a direct rip off of a band called Dream Wife. In particular the part that is shot from the inside of a mouth. The London based band took to Instagram to share their thoughts on the video, spoiler alert: it made them laugh. They captioned the comparison shots with "The new Miley vid looks familiar... those pearly LA white teeth need some grit though. rofl." ROFL indeed!

Personally I see how parts of the Miley video are a total rip-off, its pretty clear. However Miley has yet to make a comment about the video, making her seem like the Andrew Lloyd Weber of her generation. I guess we could blame Dua too, or whoever on Miley's team decided to rip off the video.

Miley fans are saying the mouth shot could be inspired by movies like The Little Shop of Horrors or Rocky Horror Picture Show, however Dream Wife pointed out that Prisoner even included a total copy of one of their members, Alice Go. See more comparisons and the behind the scenes fun on the Prisoner set in the gallery below! 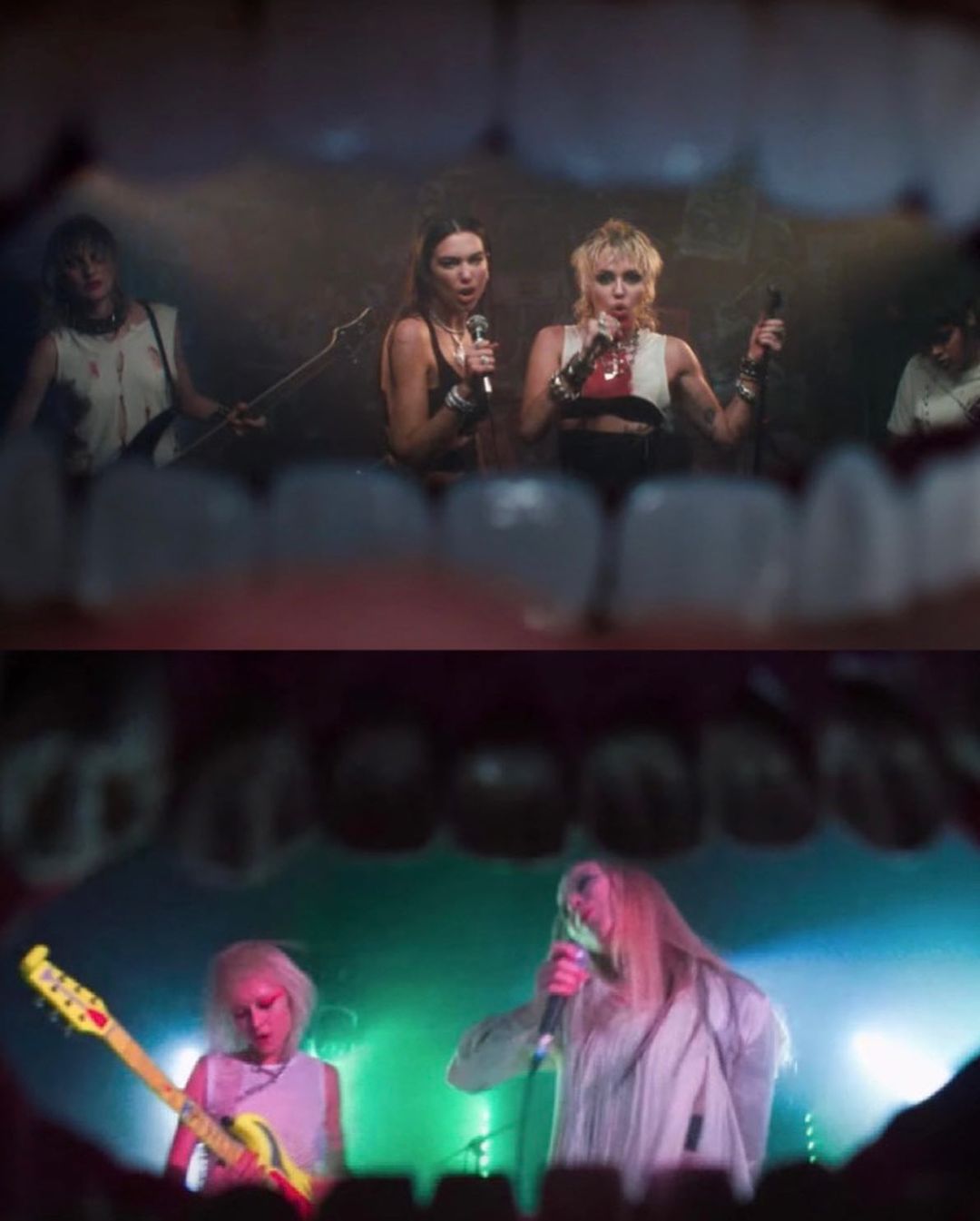