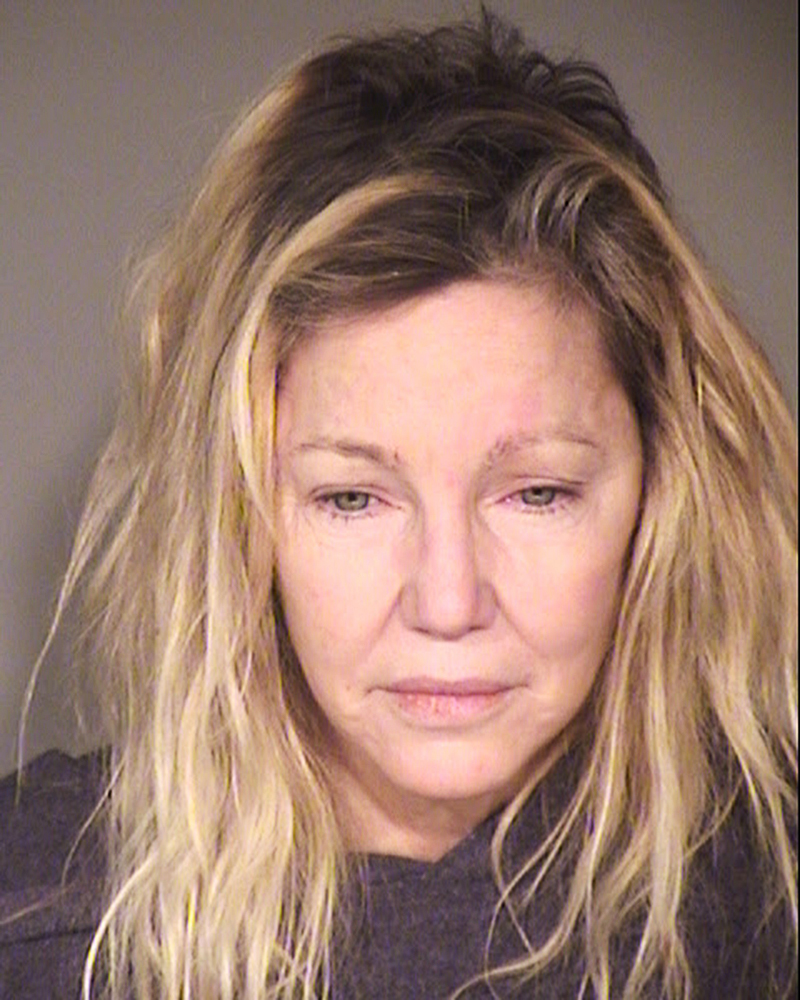 First off, the positives. Her hair honestly looks pretty good. Tousled beach-ready vibes with just a dash of crackhead chic. And, well, that's pretty much it for the positives. Heather Locklear seems to be spiraling fast, and just days after being placed under involuntary psychiatric evaluation, was arrested for battery against a cop. Leading to this new headshot which isn't for the faint of heart.

TMZ reports that on Sunday night Locklear became drunk and belligerent to the point that her family called the cops to haul her ass away. But Locklear isn't going down without a fight, and once the cops arrived, she punched one of them and then kicked an EMT officer who was trying to strap her to a gurney. Heather then was taken to the hospital for a pit stop before being thrown in jail. This morning she posted the $20,000 bond, and has declared that she will check herself into a rehab facility while also being open to a little mental tuneup.

Well, at this point you all have pretty much said what needs to be said in previous comments. Hot chicks always end up being crazy. The question is: Is it better to have been young and hot and then old and psychotic, or to never have been hot at all? Again, I'll defer to you Amy Schumer.

Guess the Tree Hugging Bikini Boobs and Other Fine Things!