Hailey Baldwin is a big fan of wearing sneakers with her bikini, we’ve seen her wearing a pair of nikes in her house paired with a yellow bikini a few weeks ago and now she’s posted up in a slinky black bikini and a pair of fresh white sneakers. This look gives me big Spring Breakers vibes. A bikini has been a staple in Hailey’s quarantine wardrobe, she even spent time in one for her Versace shoot in Italy, see that here!

Hailey recently deleted her Twitter account after getting bombarded with hate messages after her husband Justin starred in Drake’s new music video, alongside his wife. The song apparently mentions Justin’s ex Selena Gomez and that has prompted Selena Stans to attack Hailey on Twitter, because they still hold out hope for a Jelena reunion.. 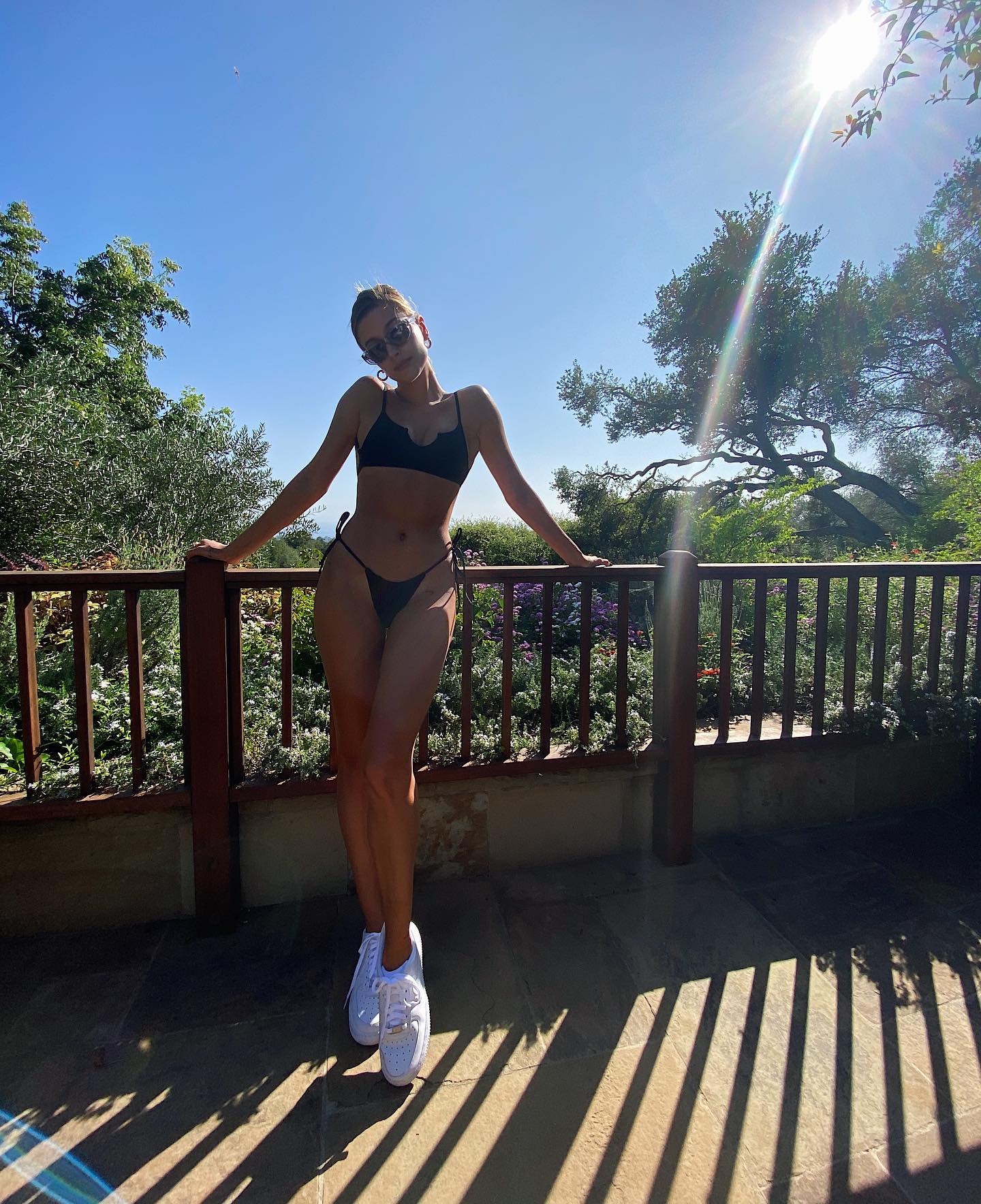