Victoria's Secret model Josie Canseco is back in LA after spending some time out in Montana last week to shoot with photographer David Yarrow. The images from Josie's shoot have yet to be published, however while the model was in Montana she had some supermodel company, Cindy Crawford. David had Cindy trek through some harsh weather in the middle of nowhere Montana to capture the image below, here is what the photographer had to say about getting the right shot:

There is nothing I would change in this photograph. It just works so well. Cindy, who was styled with reference to Julie Christie in Dr Zhivago, looks sensational and the symmetry of the abandoned decaying building is almost too good to be true. Meanwhile, the snowfall is just right; heavy enough to be impactful, without it being a full on blizzard which would have impaired the aesthetic detail. There was enough light that cold morning in North East Montana to allow for a generous depth of field.⁣⁣⁣⁣⁣⁣⁣
⁣⁣⁣⁣⁣⁣⁣
The cowboy, who looks like he is losing his glamorous wife for good, hails from Indiana and I have used him as an extra in the past. He wears his weathered Jeff Bridges look with comfort and his positioning against the window was well conceived. Storming out of the house is a marital storyline that many will be more familiar with than would readily care to admit. However, this rift, like the house, looks irreparable.⁣⁣⁣⁣⁣⁣ I love this image, as indeed does Cindy.

While we cant see the photos shot of Josie from the Montana adventure, she got back from Montana and headed straight to Joshua Tree California where she put on a pair of white pants, a new Balenciaga leather jacket and a temporary set of bangs for yet another new photoshoot! 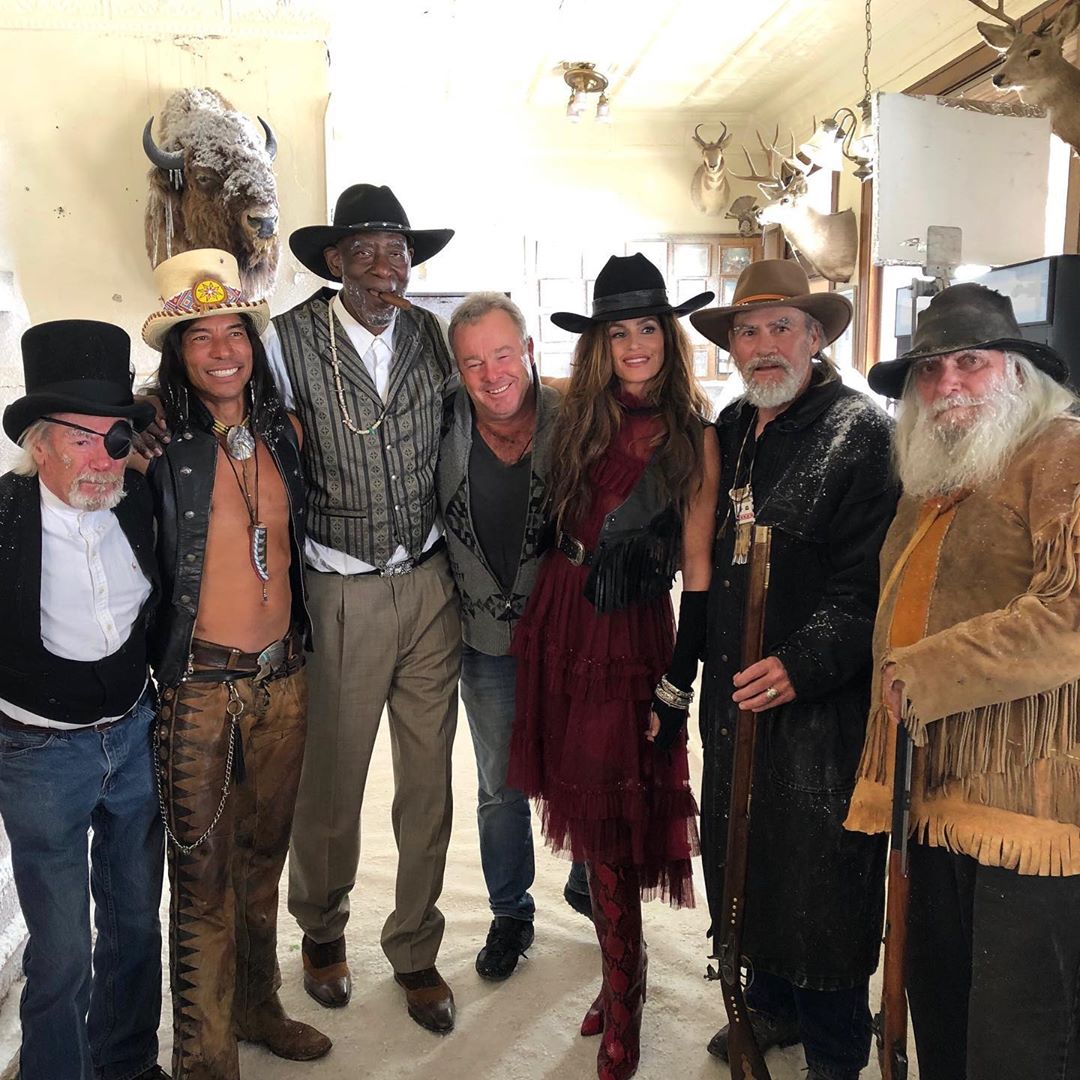