Hailey Baldwin Bieber in a Bikini 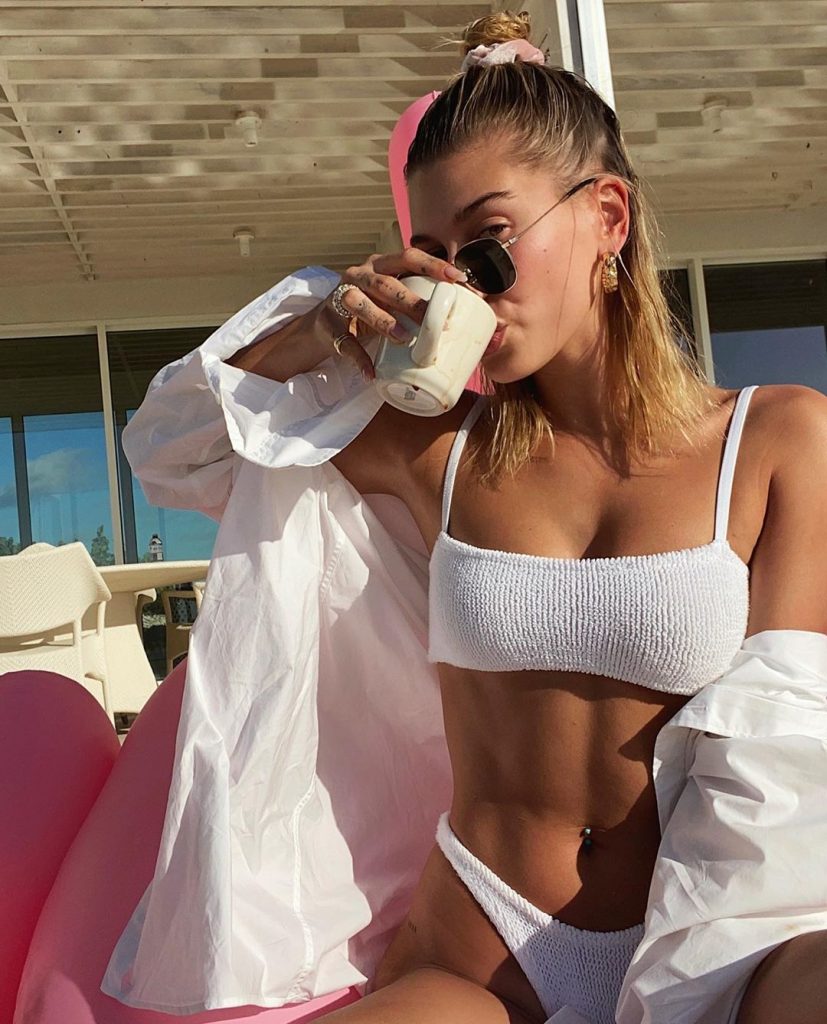 Hailey Baldwin Bieber who has the unfortunate bio of being Stephen Baldwin's daughter, and now Justin Bieber's wife, both pretty embarrassing things if you think about it. She probably never quite stood a chance.

Well, the Jenner / Kardashian / Hadid third string player, because she used to attach herself to them, before literally attaching herself to Justin Biber, never quite made it as an instagram model, but now she's a wife with access to a lot of money, celebrity, etc and still able to do those instagram model things...like show off in a bikini. Sounds like a plan well executed.