Jessica Simpson's little sister Ashlee recently announced that she and husband Evan Ross are expecting their second child, a little quarantine baby back in April. The time has come for Ashlee to have her maternity photoshoot shot by Amanda Demme. Evan makes an appearance in the shoot and Ashlee pays homage to him in one photo where she wears his hat and suit, exposing her baby bump by keeping the jacket open! 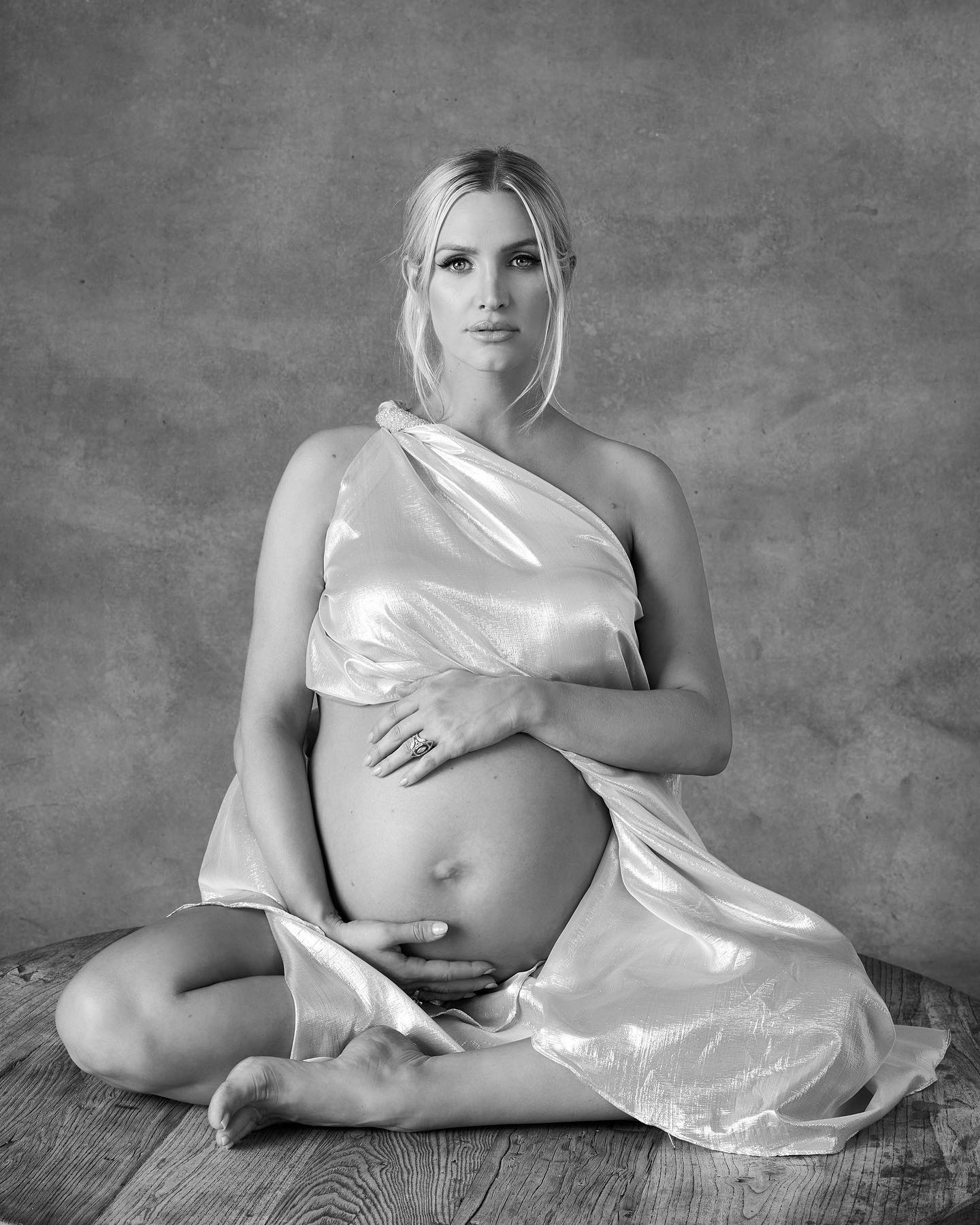 Ashley Tisdale is Flirting with a Blow Up Toy!