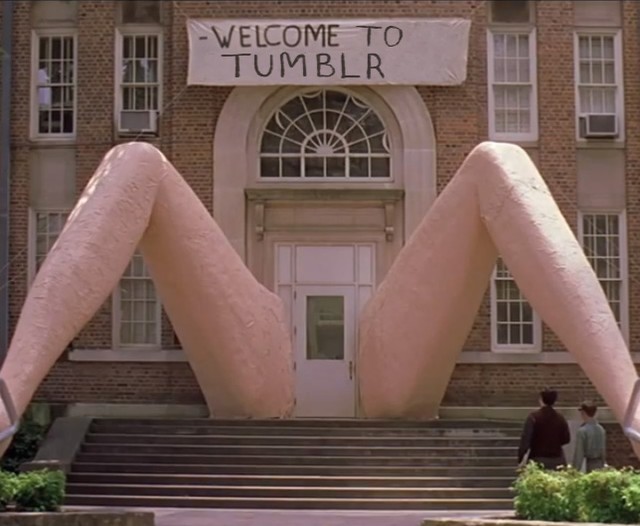 Today, we’re taking another step by no longer allowing adult content, including explicit sexual content and nudity (with some exceptions)... Posts that contain adult content will no longer be allowed on Tumblr, and we’ve updated our Community Guidelines to reflect this policy change.

Posting anything that is harmful to minors, including child pornography, is abhorrent and has no place in our community. We’ve always had and always will have a zero tolerance policy for this type of content.

And I blame raging bitch Marissa Mayer. Curveball. Under raging bitch Marissa Mayer's CEO tenure, Yahoo acquired Tumblr for over $1 billion in 2013. She has since been ousted from Yahoo (which technically no longer exists FYI - it's called Oath or whatever) because despite her lofty goals for the post-mortem company, she wasn't able to monetize their properties as she brazenly promised. Of course this was after she laid off thousands of Yahoo workers -  some by accident - in a desperate attempt to appease investors frustrated over her severe and frightening mental retardation. The Yahoo board let Mayer make the Tumblr purchase long after it should have already gone the way of Xanga (or fallen into the hands of a company that actually knew what it was doing). She stated at the time:

I’m delighted to announce that we’ve reached an agreement to acquire Tumblr! We promise not to screw it up.

Guess the Pumpkin Bikini and Other Fine Things!