Britney Spears is basically a victim of Human Trafficking which is terrifying because it's all been done right in front of our eyes for all these years and everyone (aside from Chris Crocker) laughed about it.

With things actually moving along in the legal system for Britney, the star has been able to give some what of an account of what she's been going through for the last 13 years under a conservatorship. All those rumors about Britney being an MK Ultra Beta Kitten slave are starting to feel super real..

“They should be in jail”

We should all know by now that Britney does not actually update her own social media accounts, which we have been saying for months, we even exposed this girl as the person running the account. Britney even confirmed this when she told the court that she doesn't have access to her phone.

So Britney's "team" of captors had her dress up in a maid costume for this new post, which many Free Britney supporters are calling an obvious attempt at making fun of her situation after the singer admitted that during the pandemic, she would see her maids with their nails done and that she was not allowed to go and do the same.

Her team is literally making fun of Britney and her trauma at this point with those shady af instagram captions. The picture they just posted of Britney is literally the definition of human trafficking! 😖 #FreeBritney

To make this all even more horrific, apparently "Britney's" original caption even joked about what she said in court. Somebody better go free Britney, but make sure she keeps the maid outfit on cause it's kinda hot. 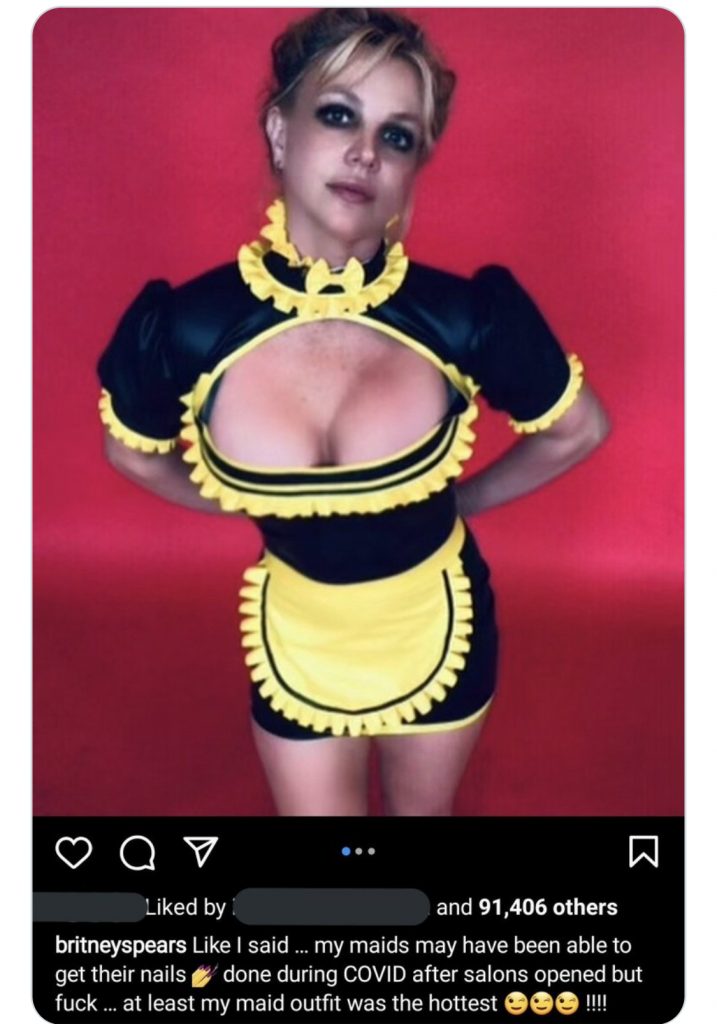 Ariel Winter Bringing Back the Scrunchie