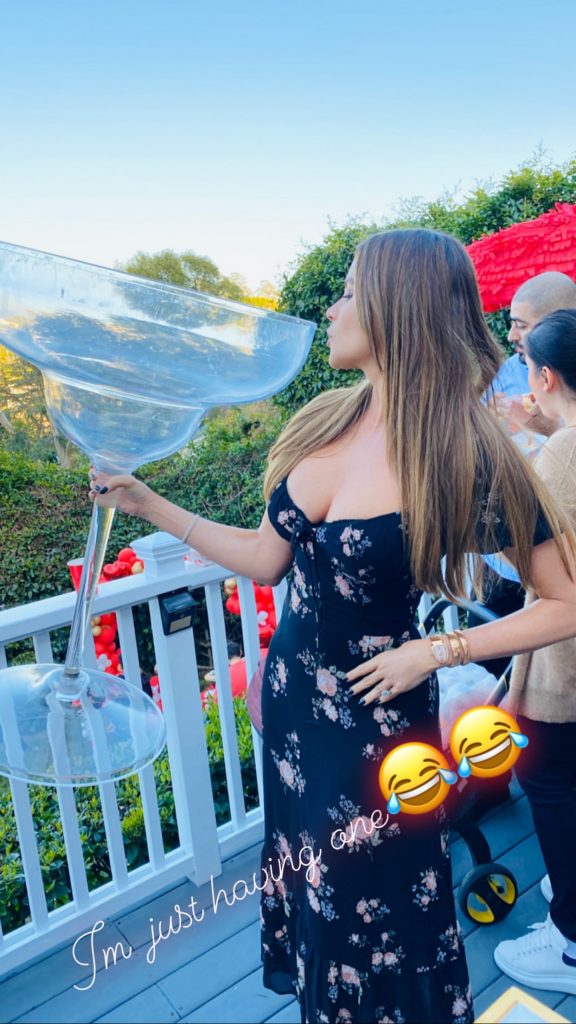 I don't watch sitcoms, at least not intentionally. I just can't stand them. So I can say that I have never seen an episode of Modern Family.

I do watch celebrity babes at least via the internet, and I can say that despite never watching Modern Family, I am very familiar with the Sofia Vergara and EVERYTHING she has to offer.

Modern Family is in its 11th Season, which is also its final season, and they just finished filming the final episode. RIP Modern Family.

I am sure that won't mean an end to Sofia Vergara, despite being 47, if she takes any lead from any of the over 50s celebs, there will be a lot more of her.

She does have a very impressive story, and by story I don't mean her rack, but that's impressive too. She moved to America as a single mother and after years she eventually becoming a super star celebrity.

She posted up this picture of her celebrating like some kind of alcoholic, triggering all her alcoholic fans. Remember we live in a world where we can't make jokes about anything. I remember a few weeks ago I made a Guinness joke to an Irish friend and he started to cry because his grandfather died of alcoholism that started with Guinness. I was convinced he was joking. He wasn't.

When you are Sofia Vergara though, you can do anything you'd like, in part due to no one understanding you, in part to you being a huge distraction.

Topless Freak Out at Denny’s and Other Fine Thigns

Sofia Richie is on Vacation Mode!