Bella Hadid obviously isn't PETA-friendly, because she stepped out on the streets of NYC sporting the Stay Puft Marshmallow Man carcas as a coat. Sick bitch. We shouldn't really give a crap what Hadid wears on here, but we should be bothered by the fact that she considers herself somewhat of a style icon. In Hadid's mind there's some bougie barrier separating her from other flaming hot Instagram garbage, when in actuality the only things separating her from someone like Bella Thorne are a turtleneck and a lack of stage four crabs. Remember, Japanese sex robots can't get crabs.

Both Hadid and her sister Gigi love to throw on eclectic high-end garb totaling thousands of dollars and strut around like they actually have places to be. Media outlets possessing no gag reflexes swallow every inch of their charade, with Backgrid captioning the pics with: "Model Bella Hadid shows off her keen sense of style while arriving at JFK airport in New York City." KEEN? She murdered an 80's American icon with her freakish robo strength and is now flaunting her kill. She'd end up in the same circle of hell as that hunter dentist from Minnesota, if Japanese sex robots had souls. 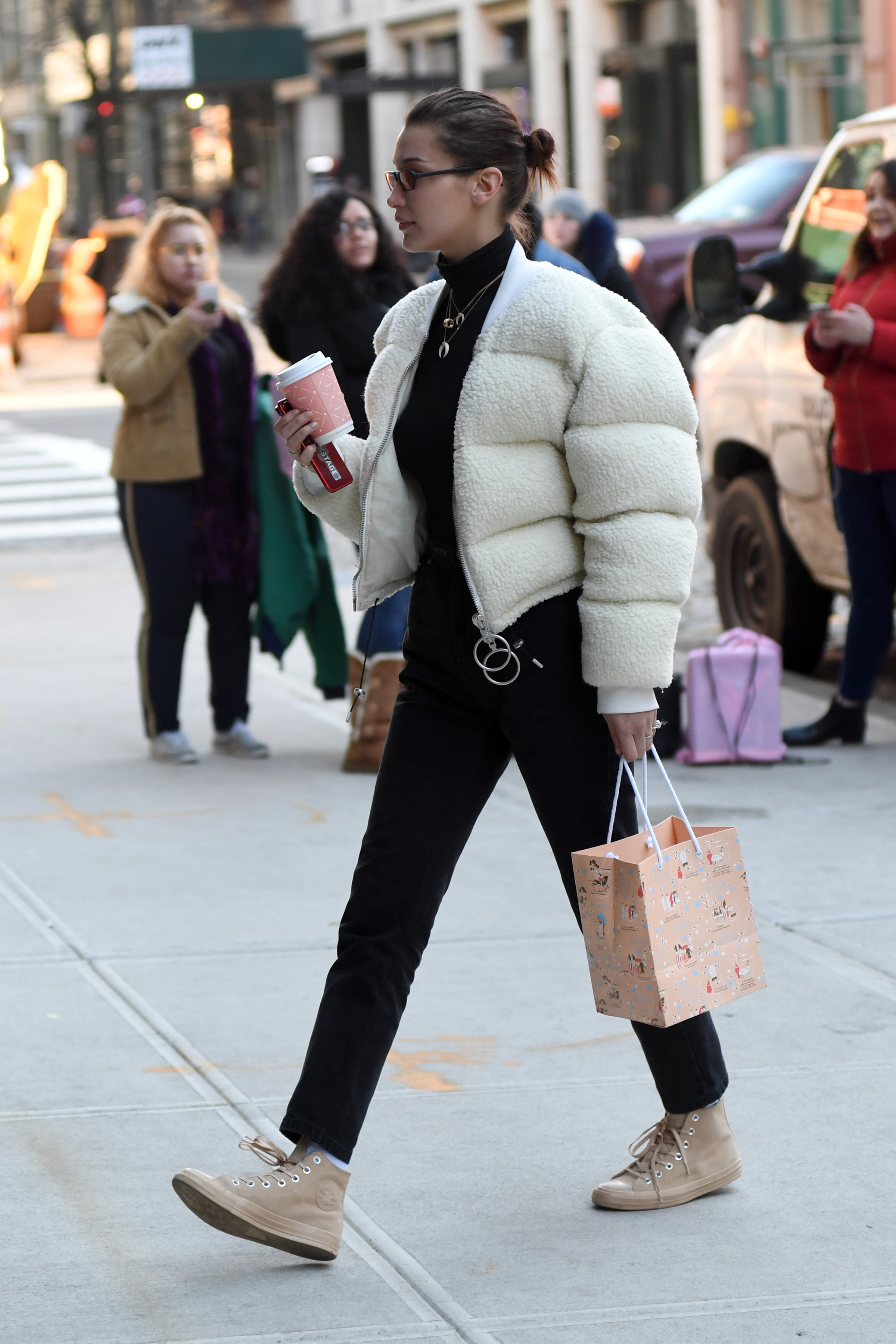