Parkland, FL shooter and number one fan of the FBI's dedication to inefficiency and negligence Nikolas Cruz apparently has a brother, and his brother apparently thinks it's cool to casually scope out the site of the tragic massacre that took the lives of seventeen students. One for each year that most of them had been alive. Aww.

Police caught the eighteen-year-old Zachary Cruz hanging around the school grounds with his skateboard, and since he was technically trespassing, they were able to cuff his ass and throw him in jail with a $500,000 bond. According to CNN the usual bond amount for the crime of misdemeanor trespassing is $25, and I almost feel like there's some rule like, the punishment must fit the crime, but thank God this is Florida where rules weren't just meant to be broken - they never existed in the first place.

The fact that this Zachary guy would even want to go near the site that his adopted brother gunned down students is telling as to his mental state. Police who arrested Zachary on the school grounds didn't find any weapons on him, but are still making him undergo psychiatric evaluation. When questioned as to why, of all the places on God's green Earth, he was hanging around Stoneman Douglas High School, Zachary stated:

I just wanted to kind of take it all in.

The arresting officer then replied: "That's what she said." It's truly not fair that people are a product of their upbringing, and that simply by stepping foot in Florida these two brothers had a 50/50 chance of becoming Aileen Wuornos. And it's not fair that Zachary is only eighteen and probably stupid like all eighteen-year-olds. And it's not fair that his brother is a psychopathic murderer. All not fair, but all realities, and Zachary needs to prove himself - go above and beyond whatever the fuck he's currently doing with his life -  or else he'll deserve whatever butchered version of the law gets thrown at him in Florida. 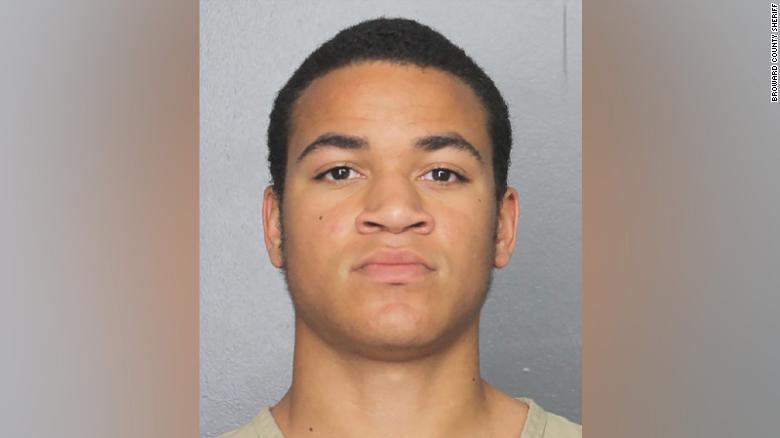