Nicki Minaj Shakes Her Feathers in The ‘Love In The Way’ Video!

Nicki Minaj is still going viral on all of the social media platforms with her latest single called Super Freaky Girl, but she doesn't seem to be taking any breaks and has already released a new song with BLEU called Love in The Way.

Nicki is featured on the song and makes an epic appearance in the new music video, wearing a pretty intense feather look and a chained mask.

Watch the new video for Love In The Way below and see more Nicki updates in the gallery! 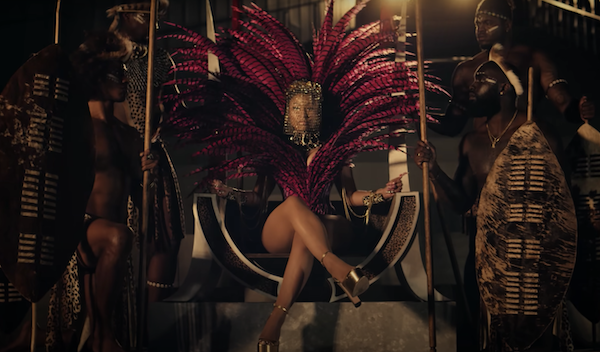 Miley Cyrus is Single and Drops a New Single!

Emily Ratajkowski Promoting her New Bikini’s on the Beach