Miley Cyrus has been switching up her whole persona again for the last year or so and has become a "rock star", her words not mine! Her new album Plastic Hearts has been making its way onto the rock charts and even taking the number 1 spot on a few, so I guess rockstar Miley is here to stay and we aren't mad at it!

Before saying goodbye to her Disney image for good, Miley held a little party at The Rainbow Room in LA this weekend to celebrate 15 years of her iconic character Hannah Montana. Along with writing the heartfelt note above to Hannah, the singer has also been sending out flower arrangements to her former co-stars and friends, like The Migos who made Hannah Montana famous again for their song about cocaine and MDMA of the same name.

Miley celebrated with friends, wearing a Hannah Montana t-shirt which is now considered vintage and smashing cake into her face, something she said she was still reliving and recovering from the next day. Miley also shared her support for Lil Has X (whom she potentially created) by wearing his new much talked about "Satan Shoes" in these new selfies, captioning the post with "Can you see Satan?"

Since we're on the topic of Miley going Rock & Roll, here is a clip she shared giving her Party in The USA track a makeover with her band! 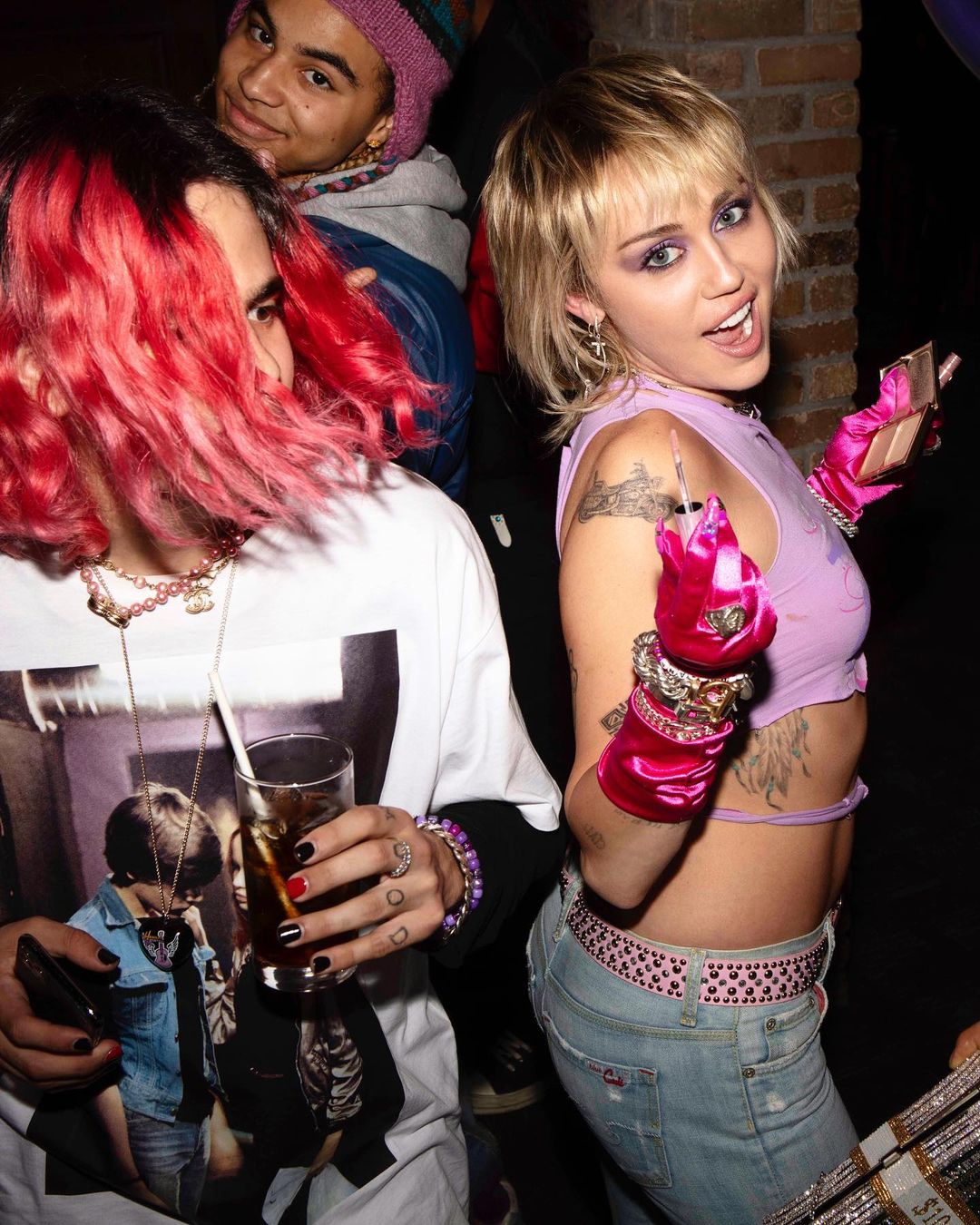