Miley Cyrus is Into Iggy Azalea’s Opinion of Her!

As we all know, Miley Cyrus has gone through a few changes over the years and her most recent look seems to be the most authentic, while still heavily contrived version of Miley we've ever seen. During the pandemic Miley cut her hair into a short mullet, not only an ode to her daddy Billy Ray but also as a way to get into her new rock and roll character.

I guess someone on Twitter asked Iggy Azalea for her thoughts on Miley, to which she replied "Ever since she cut her hair into a mullet I imagine she smells like a brand new leather jacket." 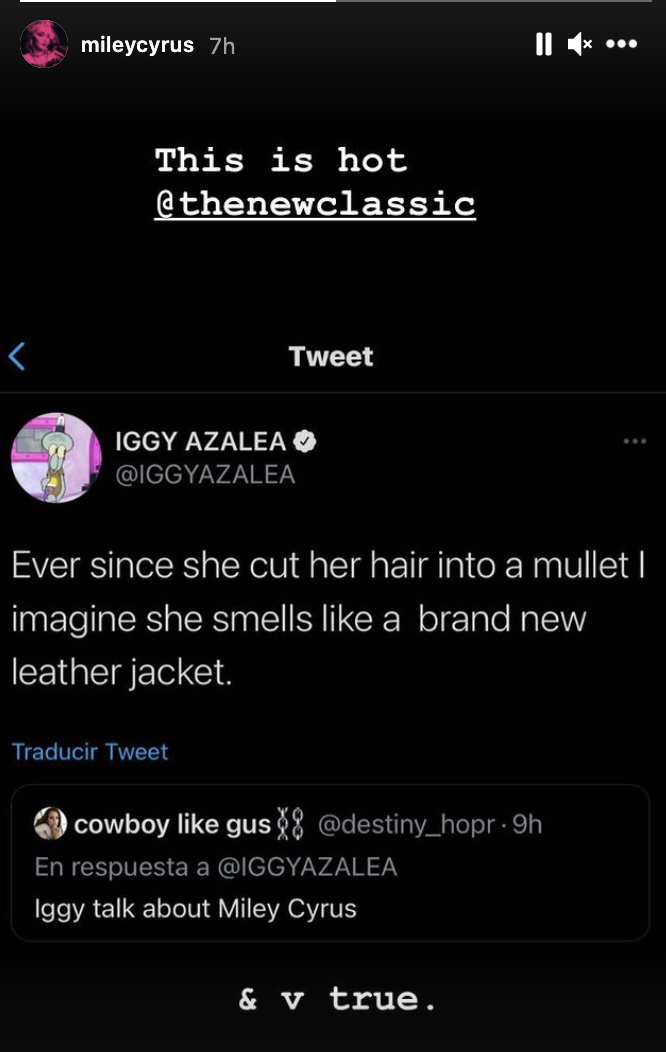 I'm sure Iggy's assumption is probably not that far off from what Miley actually smells like, can anyone confirm?

Miley ended up seeing the tweet and was feeling what Iggy had said, replying "this is hot". She also added that the statement is "very true". Is this the collab we need or are they just flirting?