Megan Fox has been busy attending Kourtney Kardashian's gothic wedding in Italy this past weekend and she's also been off promoting her new movie Good Mourning, a movie where she rocks some bright pink hair and shows off some serious underboob.

The stoner comedy was written and directed by her fiancé Machine Gun Kelly who stars alongside her in the movie. Watch the trailer below and scroll through the gallery for some new promo photos of Megan where she can be seen wearing a feathery blue outfit! 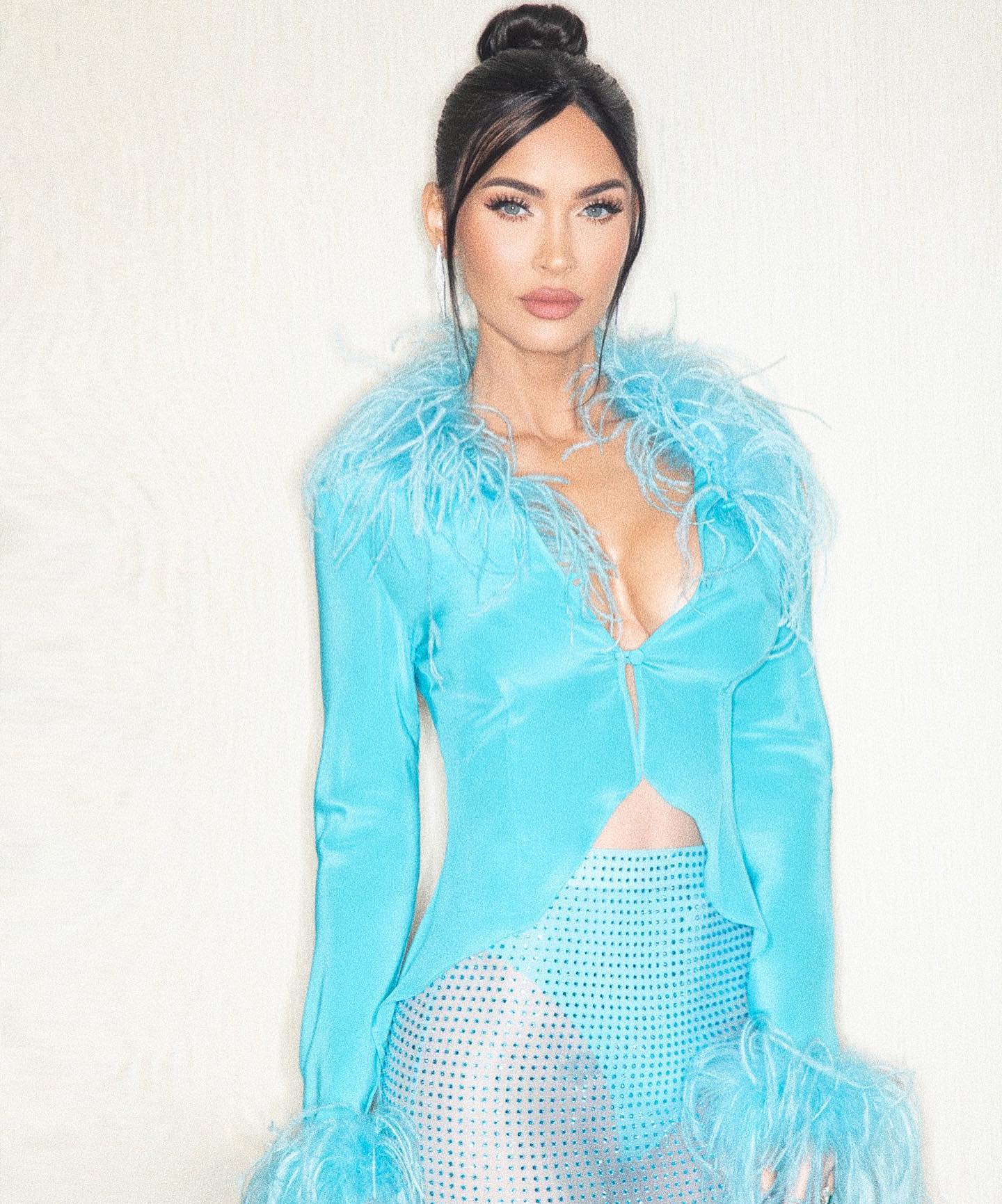