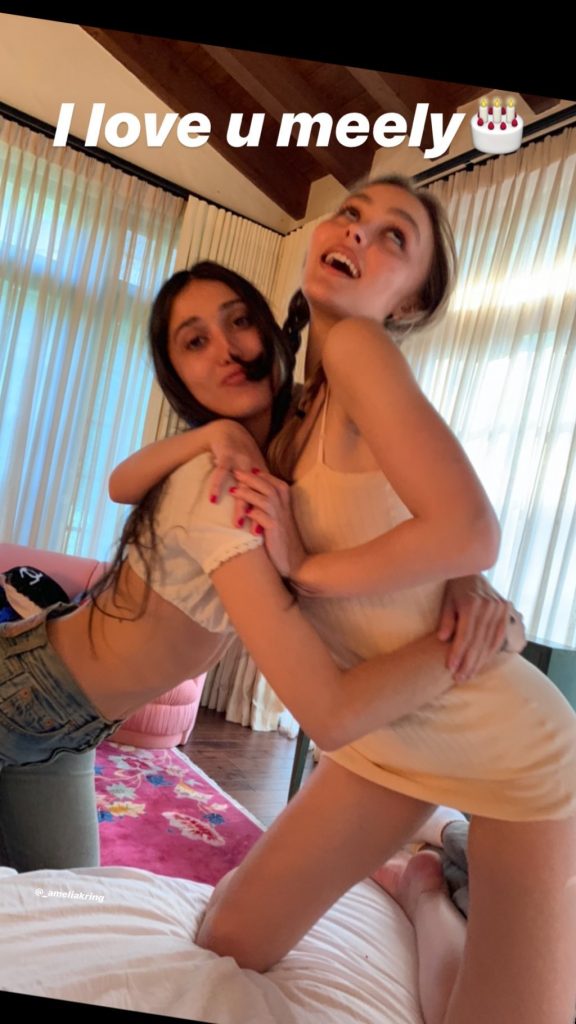 Lily Rose Depp who you and pretty much everyone else knows as the daughter of Johnny Depp. When your father is a superstar it is hard to avoid the stigma of being Johnny Depp's daughter. Plus, why would she want to avoid the public referring to her as his daughter, she is in fact his daughter and will forever be in his shadow thanks to his level of celebrity. NOT to mention any and all jobs she gets in fashion, modelling and active is a direct response to who her dad is.

She is in an upcoming move called Dreamland by Nicholas Jarecki, it costars ARmie Hammer, Gary Oldman, Greg Kinnear and Michelle Rodriguez. She is also in some Shakespearian movie called the King produced by Brad Pitt and co-starring Robert Pattinson. So she's making movies and moves whether those moves fell into her lap or not, they happened.

I am more interested in whatever it is she is doing in this instagram picture with her friend. So many questions and fantasies of how this panned out and where it went after the pic was taken. I want the Behind the Scenes footage. The too hot for instagram. The CLICK to sign up to my patreon to see the rest version.