Lili Reinhart Quits Twitter Because Of Too Many H8ers

Lili Reinhart, whoever literally the hell that is, has brazenly stated that she's going to take a break from Twitter, which is interestingly exactly the kind of thing someone who's going to be back on Twitter within a second would do. Crazy how that works. As I've stated a billion times before, all of these celebs are full-blown clinically addicted to social media - as one would be addicted to something like gambling - and you should do yourself a favor by reading more about exactly how social scrambles our brains with the book Ten Arguments For Deleting Your Social Media Accounts Right Now. I mean I still have Instagram because the double taps keep me from killing myself, but you should delete your social.

And Lili Reinhart should delete herself. The twenty-two-year-old Riverdale star is like woke af, and is well aware that the h8ers, well they're going to h8. She took to her Instagram Story to release her exact reasons for quitting Twitter, which include:

Do people on Twitter ever get tired of being so negative and disrespectful to literally everyone and everything? Are they really that miserable? There’s hate everywhere. But especially Twitter. It’s like a cesspool for evil 15-year-olds who don’t know what the hell they’re talking about and have nothing better to do.

Taking a break from that toxic site and the people on it who feel the need to constantly attack me, my cast mates, my relationship and Riverdale.

Hate to break it to you online trolls: Spreading your hate and overall negativity online won’t make you any less miserable 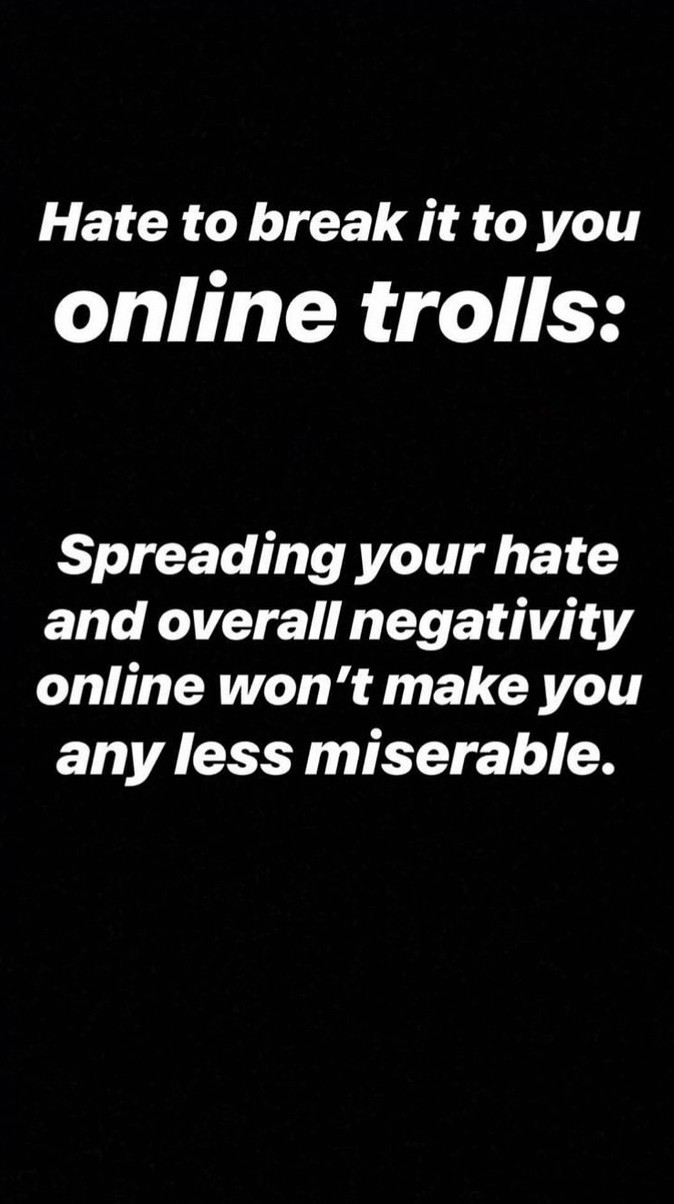 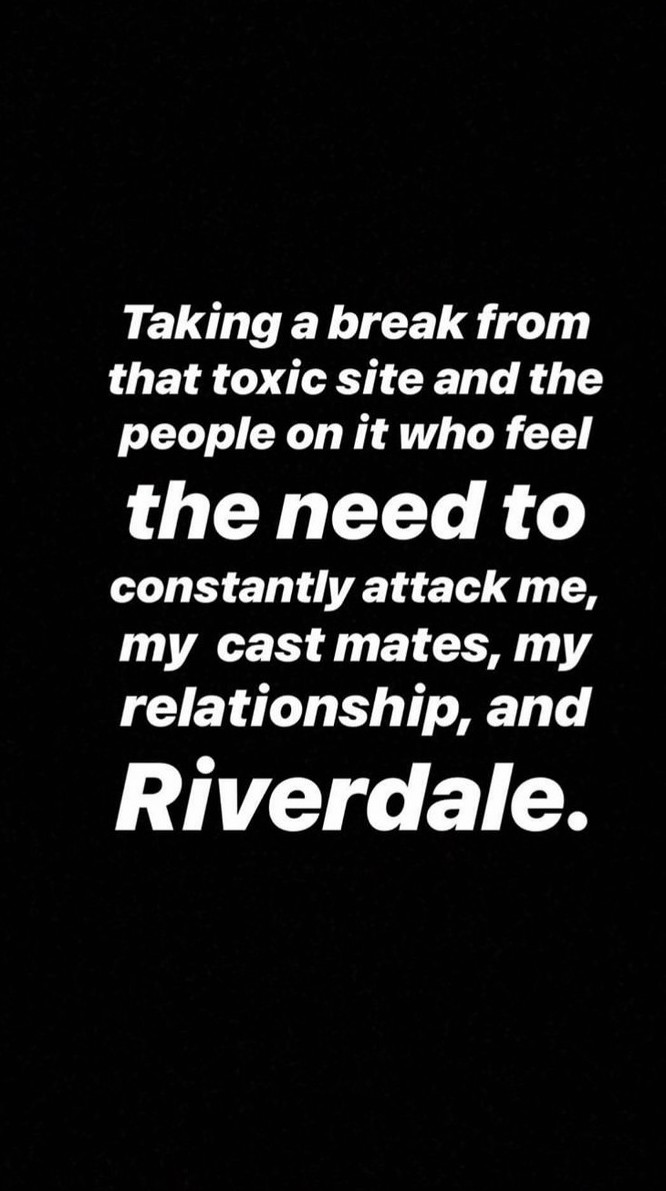 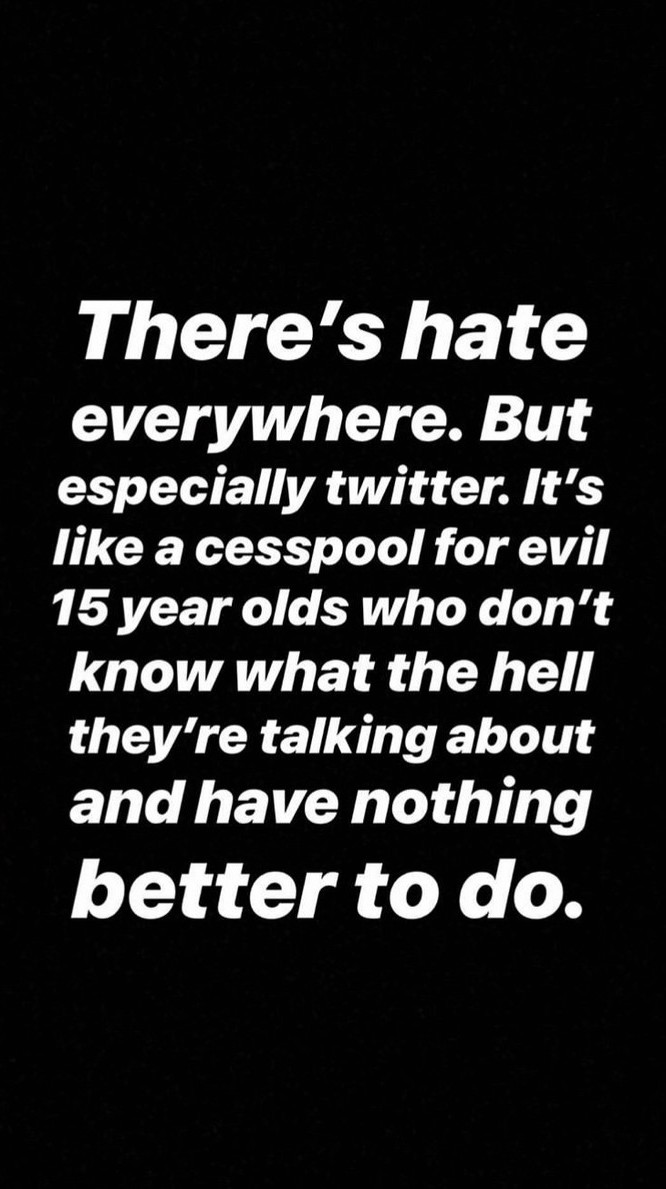 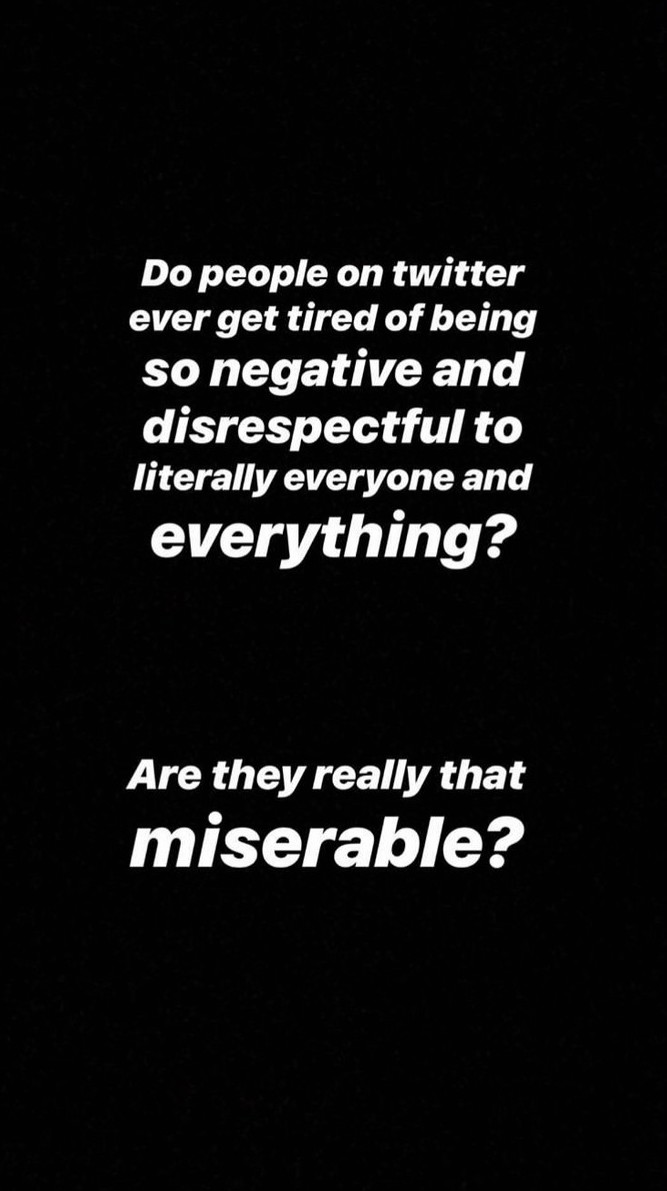 Katy Perry lost her bikini, everyone saw her naked ass

Megan Fox Should Be Seen, Not Heard

Kate Upton Swimsuit Model and Shit Around the Web