Kylie Jenner is the cover story for the March issue of Harpers Bazaar, the 22 year old mogul and mother sat down with the magazine to talk about her cosmetics line, her daughter Stormi, and her wealth in general.

Kylie took harpers into her Kylie Cosmetics office which features a champagne vending machine, unlimited candy, perfectly places cookies in jars and Pedialyte. Exactly what you would expect to find in a 22 year old billionaire’s office.

They dressed her up as a play on Marie Antoinette with large blonde wigs and Dolce & Gabbana Victorian garb. The best part about this story is they had a day to interview the reality star, but hair and makeup took 10 hours so by 7PM they were given half an hour to complete the interview. 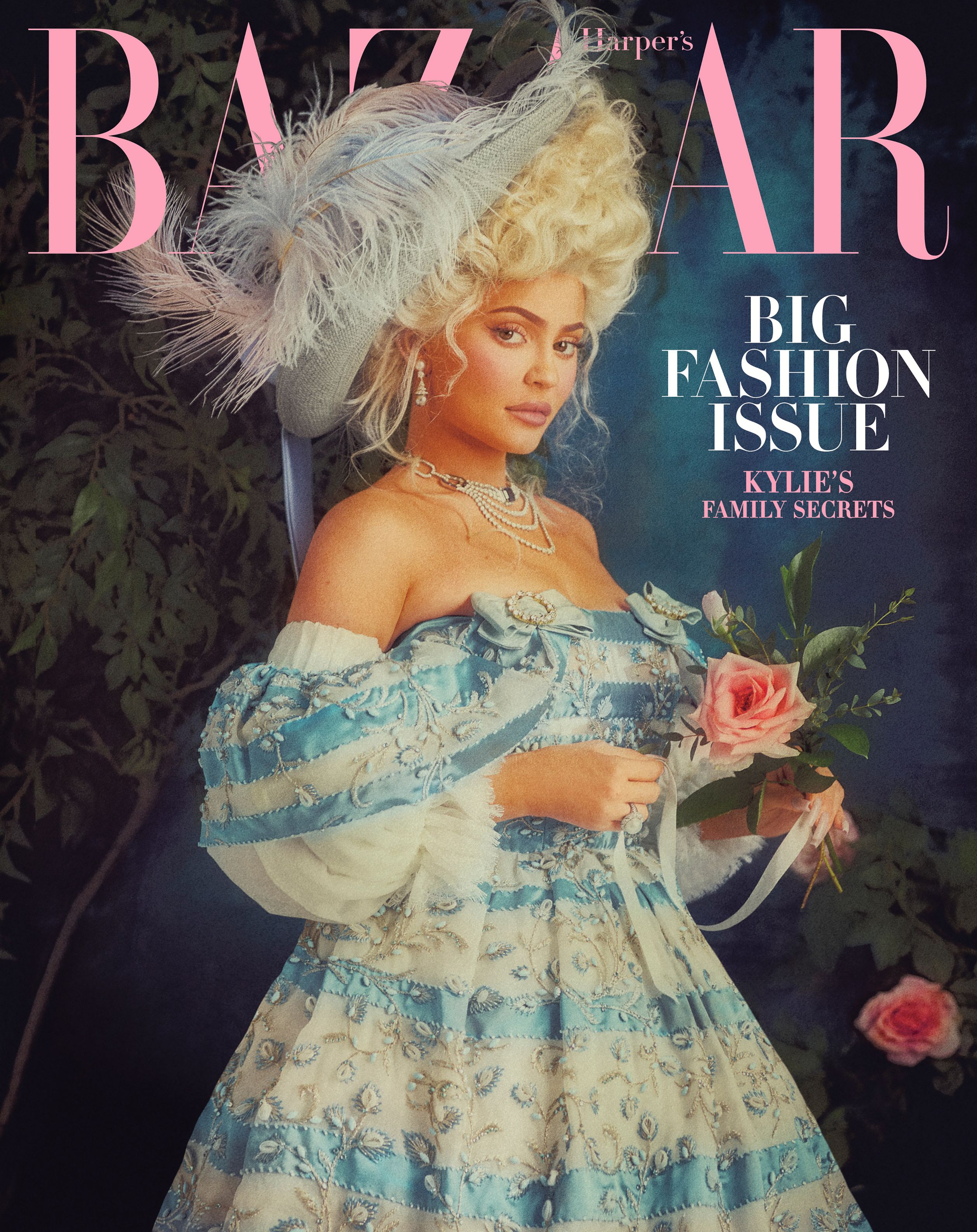