Remember Karrueche Tran? She was the girl who popped up out of seemingly nowhere to date Chris Brown after he beat Rihanna's face to a pulp, or so they say, or whatever. I guess that whole thing got kinda squashed and Rihanna ended up working with Chris again on music, so Karrueche being known as Chris Brown's girlfriend just sort of stuck.

The 32 year old recently starred in TNT series called Claws alongside Niecey Nash. You might recognize her as the now girlfriend of football player Victor Cruz, although the pair recently split up after 4 years together. This could explain why Karrueche is showing off what she calls her "booty chronicles" on Instagram, showing off her booty in a pair of sheer pants from Emily Ratajkowski's line of loungewear. Swipe to see the pants come off! 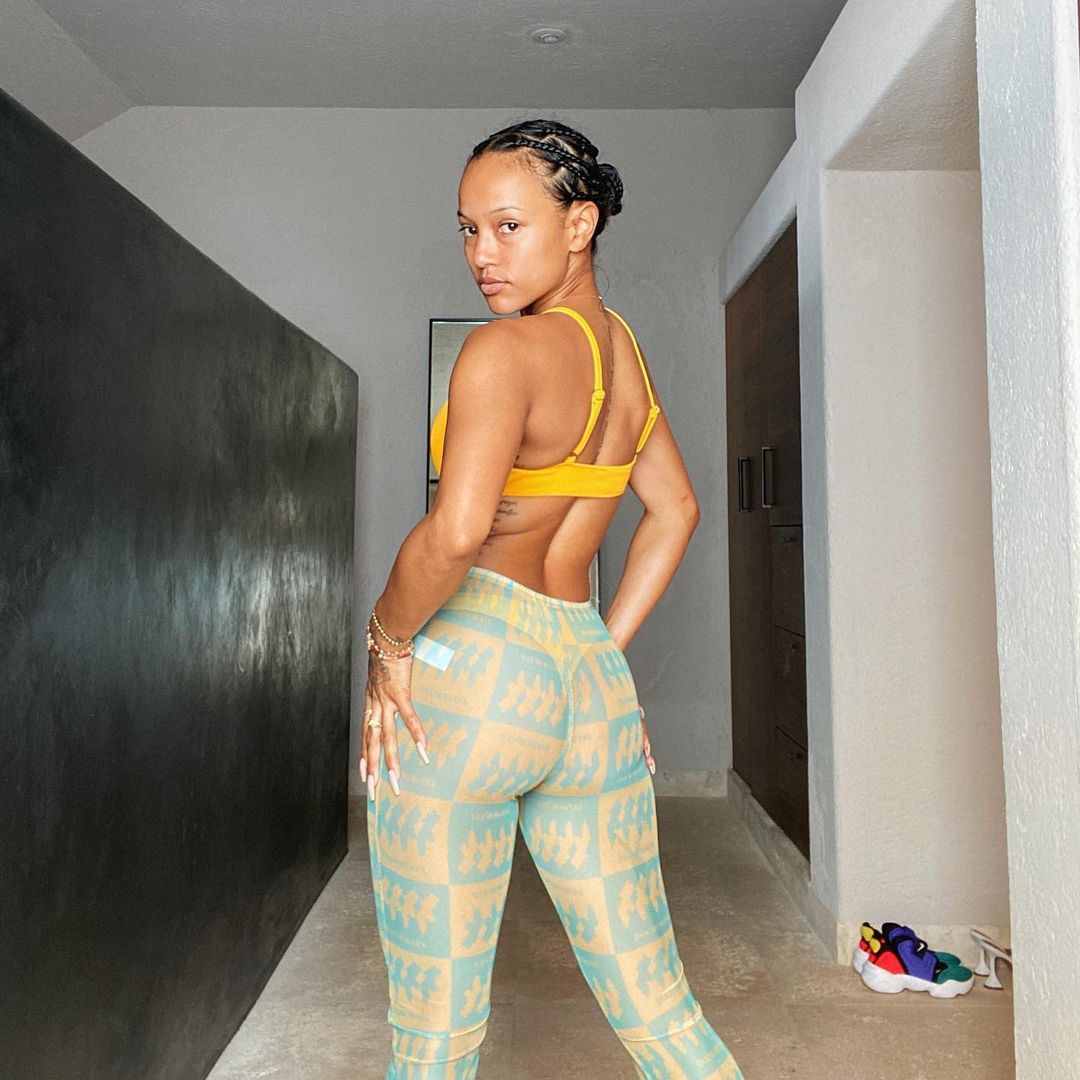