Kaia Gerber kissing herself or her reflection because someone needs to love her since her mom has commodified her, or maybe it is that she loves herself because she thinks she's hot and this generation is all narcissists. Whatever it is, Kaia Gerber is probably one of the more groomed young people to hit the "trending" for you page.

I have heard stories that I am not sure are true or not, but that Cindy Crawford was a stage parent who cultivated her daughter to become a model in her image, rather than do what any sane parent would do and say "maybe modelling is dumb, we are rich, you can get any education you want, to position yourself as a vapid and empty personality that is solely used to marketing fashion items, which in the grand scheme of the world, is trash, seems beneath you, sure it came in handy when I was on the up and up, it made me lots of money, but it should be like a mom who stripped realizing that maybe the stripping made a life for them, but the stripping should have been left as a means to an end not an end"

I don't hate models, I don't hate nepotism, I just think everyone wanting to be a model, when everyone can be a model on their social media, is useless.

The fact that she is on strict diets and strict workout programs thanks to Coach Cindy, seems abusive.

Aren't they rich so that their daughter doesn't need to reduce herself to this?

Couldn't she be doing more, rather than being some puppet to do Cindy Crawford 2.0.

Again, I don't hate models and I think 18 year old Kaia Gerber is far better than the Kardashian / Jenner/ Hadids, but running after what they have, seems a misguided direction.

The fashion industry has become pretty trashy. You'd think they'd be chasing other dream, better dreams, but as she figures it out via selfies, I'm more than happy to watch it unfold! 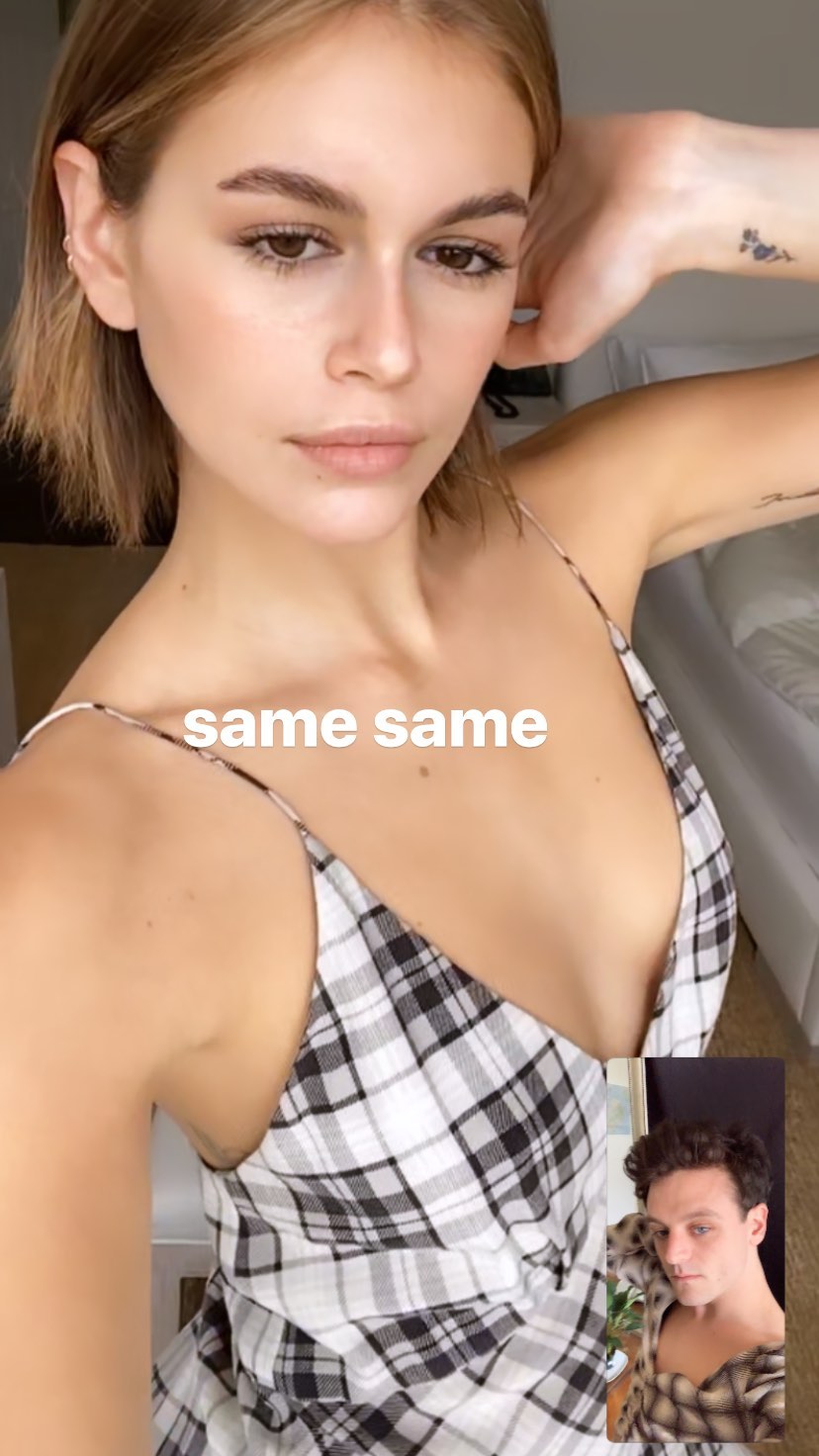 Miley Cyrus in Her Coffin!