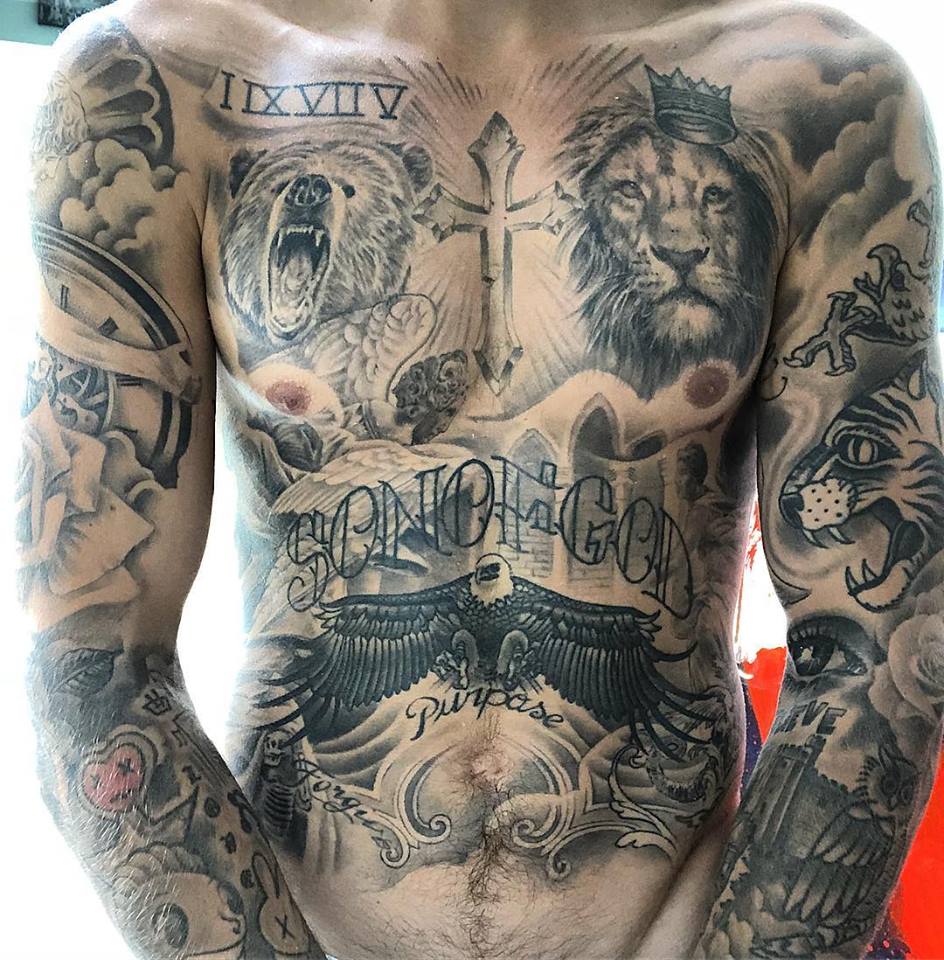 Future Hillsong cult suicide casualty Justin Bieber was able to convey the essence of a serial killer's ransom note made of cut out magazine letters in a new Facebook post about his tattoos. In case you haven't been keeping up, he has a lot of them, and if you like white trash airbrushed Pigeon Forge t-shirts, religious throw rugs available for purchase from Mexicans parked outside of abandoned gas stations, or your average Wal Mart jigsaw puzzle, you're going to be wowed by Bieber's ink. It's patriotic and religions and all around just lets the world know that Bieber's mental state is deteriorating and that he's careening towards death.

This week Bieber took to Facebook to defend destroying his body with:

If tattooed didn’t hurt everyone would have them. Well maybe not very one!!Over a hundred hours of hart work on my body and I wouldn’t take back a single one.. I ABSOLUTELY LOVE ART AND IVE MAde my body a canvas and it’s SO MUCH FUN

AHHHH FUN. Remember those rumors that he and Selena Gomez are fucked up on meth twenty-four-seven? Well now we know those aren't true. This Bieber statement is reading more like the product of meth AND cocaine. Allegedly. Honestly for as much of a piece of crap that Bieber has been for most of his life, he creates better music than many of his contemporaries, and while obviously it literally won't matter when he overdoses, you'd kind of hope that there'd be at least a dozen other assholes in line ahead of him. Starting with Justin Timberlake. But Carl Lentz wanted to brainwash and rape Bieber, so here we are. ALLEGEDLY.