I had insider information, or I read it online somewhere that Josephine Skriver is with the man who took her virginity. The story was he had inside scoop Victoria's Secret had signed and recruited her, worked her before she made it over to America, maybe even picked her up at the airport and the rest is history. Dude got his VS model and VS model got her dude who has dated other VS models. RUMORMILL!

The two were supposed to marry this year, but I guess postponed it due to COVID, so that they can have their full marriage experience, so now she's posing in her bikini top with her dog, or a dog, I have no idea who the dog belongs to, if you're into Josephine Skriver you probably don't even know there is a dog in the pic.

I do think she is or was, since VS is basically cancelled from the Epstein thing to the attempt at being woke thing, but I did think she was one of the hottest models they had in her time with the brand and clearly she's still looking good, nice big smile and all but I prefer her photoshopped and produced pics. This one's a bit too real, even though it's probably photoshopped and I guess what I am trying to say is that she's no ELSA HOSK. 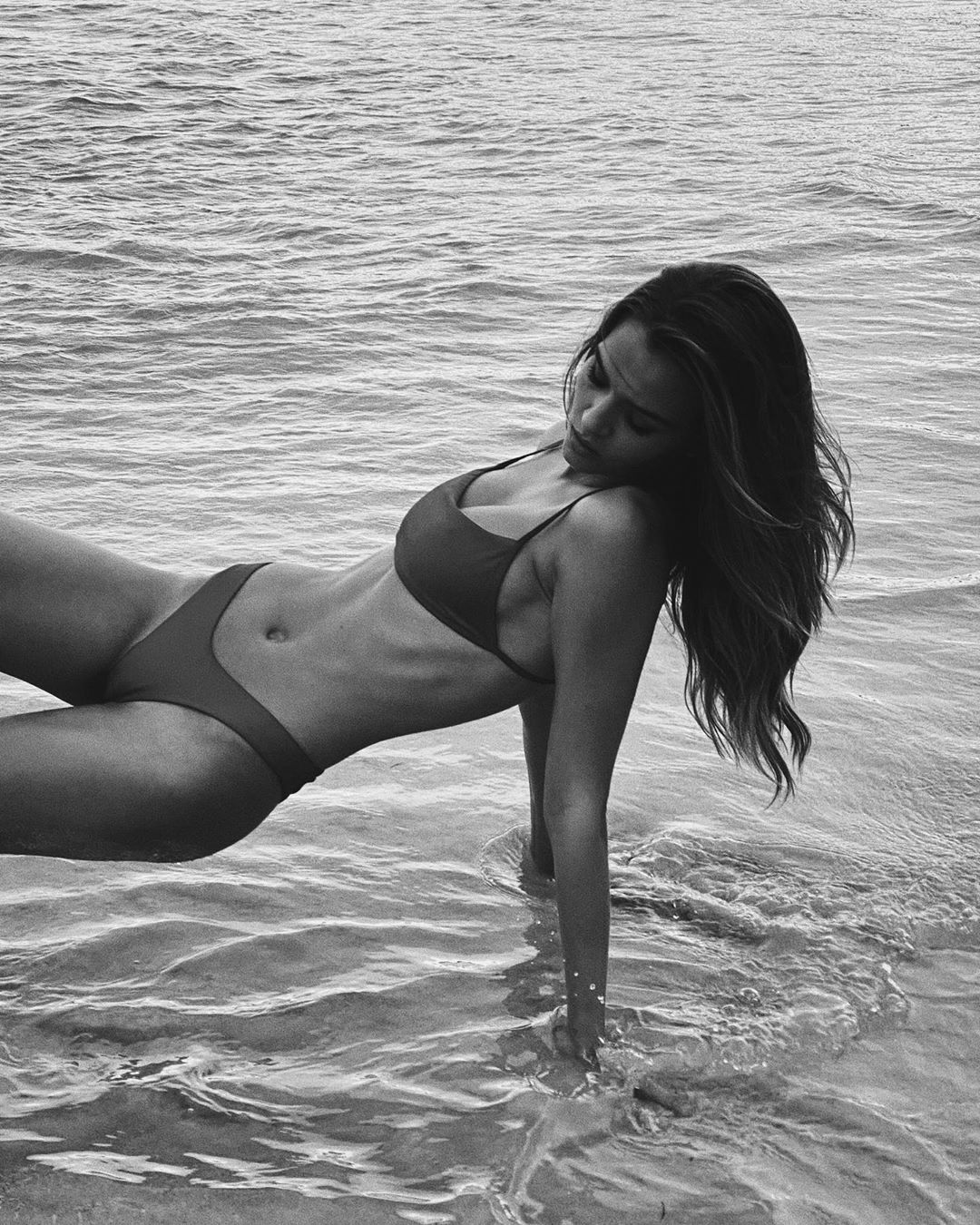