Jordyn Jones is confusing everyone with her new tattoo, or it could just be me confused. Jordyn went over to see Hollywood’s favorite tattoo artist JonBoy at his new set up in the SLS hotel in Beverly Hills. Jordyn had some script inked over one of her shoulder blades that reads “let it be, hold on to hope”. Now I’m not the biggest Beatles fan but I thought this was their song Let it Be, apparently these are not the lyrics so who knows what this tattoo is based on, I do like the placement of it between two moles, isn’t that the Zach Galifianakis show, Between Two Moles?

What does it all MEAN!? 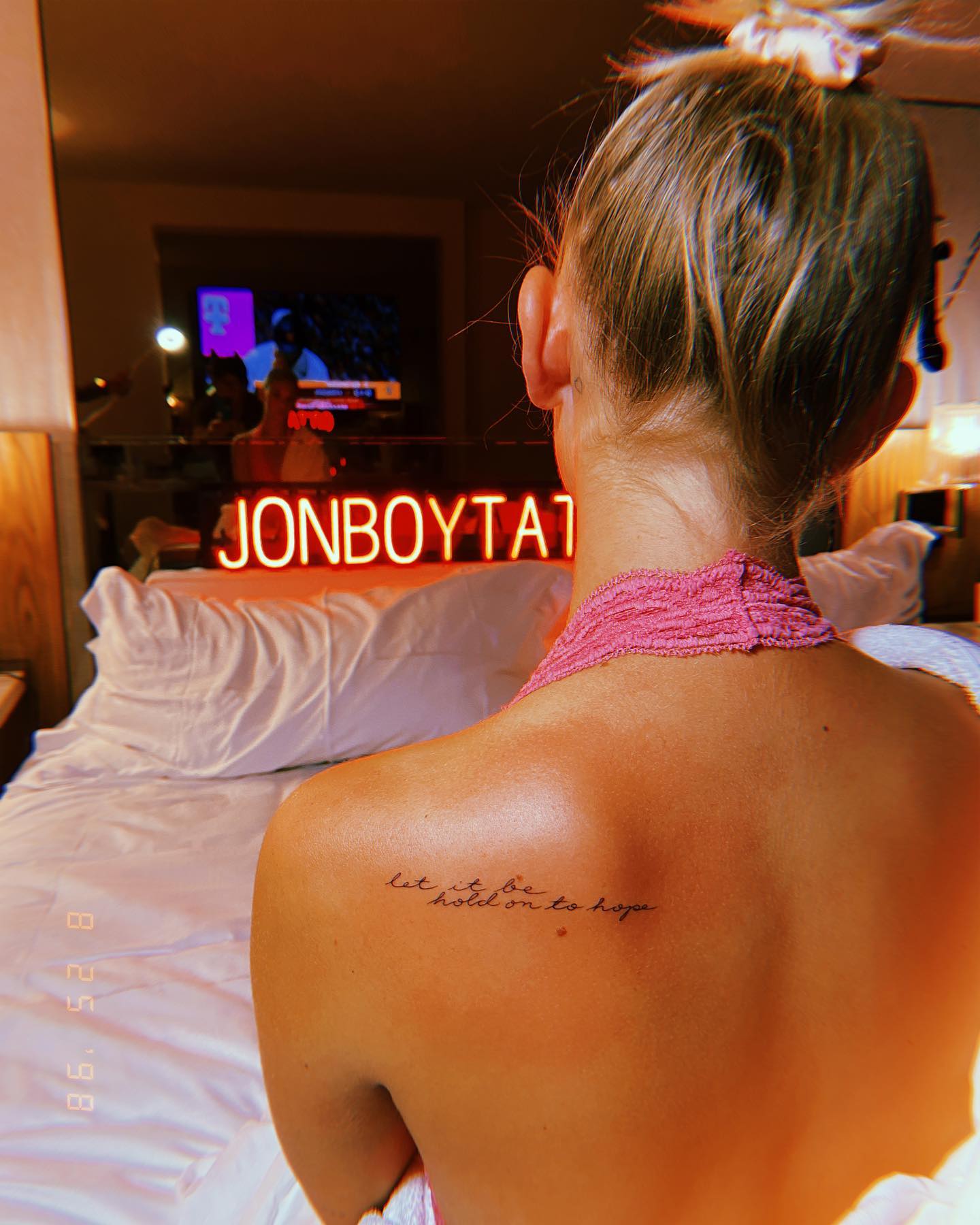