Jade Pettyjohn is a 20 year old actress who you might recognize from the Deadwood movie, if you have taste and have seen the movie which is a continuation of the incredible HBO tv show that aired back in 2004. Jade was in the movie which came out last year and was the first time I saw her skills in action. She was also on the Nickelodeon show School of Rock where she starred as Lexie Richardson.

This year Jade is starring alongside Natalie Alyn Lind in the new CW show Big Sky. Spoiler Alert: the pair play sisters who piss off the wrong trucker on a backroad somewhere out in Montana and end up getting kidnapped.

The show just aired it's fall finale which ends with Jade still wrapped up in duct tape. Here is a behind the scenes look at Jade being kidnapped with Natalie Alyn Lind and a non-binary actor named Jesse James Keitel. 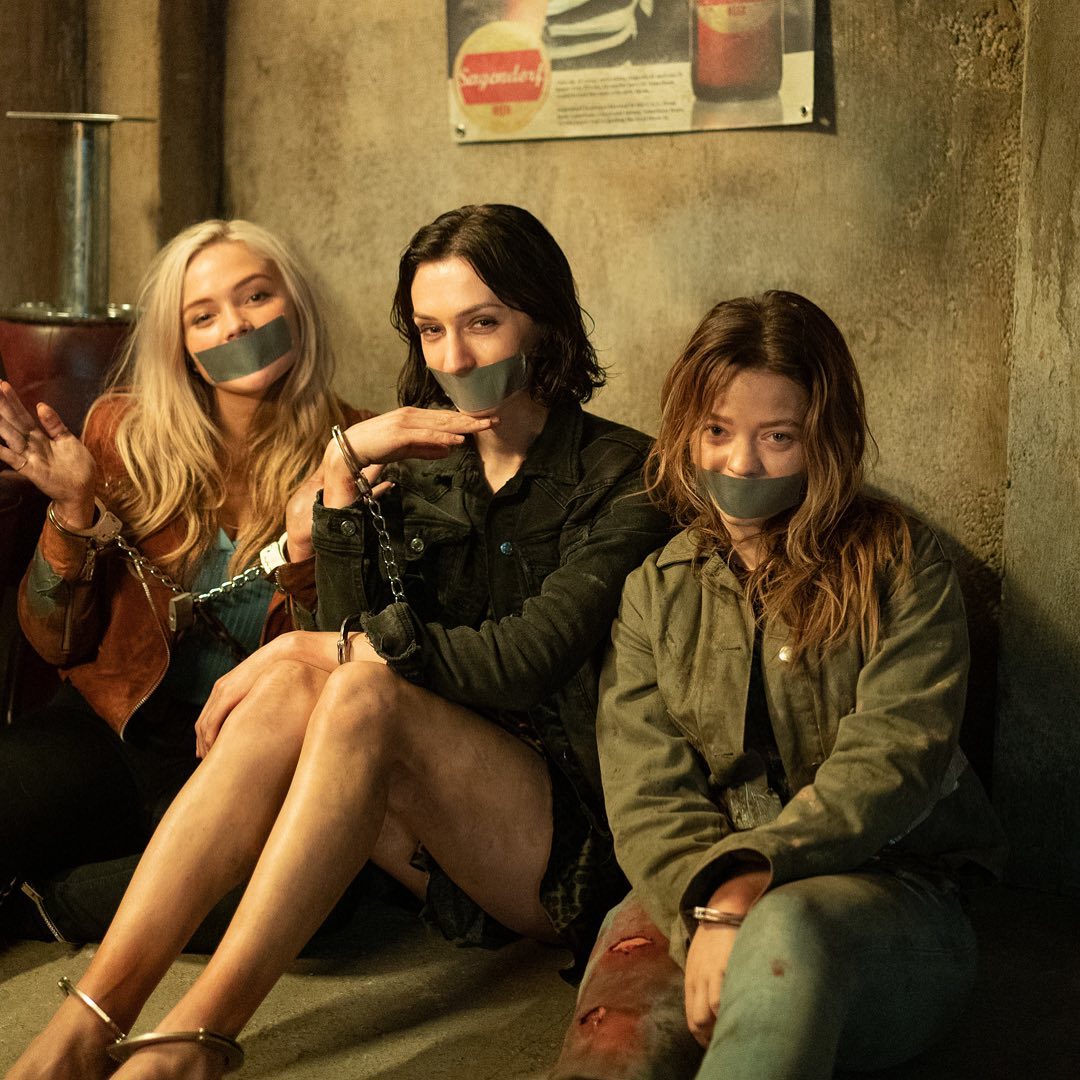 Guess the Bikini? and Other Fine Things!

Guess the Celeb Bikini and Other Fine Things!