Natalie Alyn Lind is up in Vancouver, Canada where she’s been filming a new crime drama series called The Big Sky which is about a private detective and an ex-cop who team up to solve a kidnapping case in Montana. The show also stars Ryan Phillippe and John Carroll Lynch, who is terrifying in every movie. Jade Pettyjohn has also joined the cast, so they have the whole crew up there living in the mountains. Natalie took a little break from filming to do some glamping, she spent time sleeping in a tent and exploring the woods and rivers through British Columbia and put together a video showcasing her adventure! 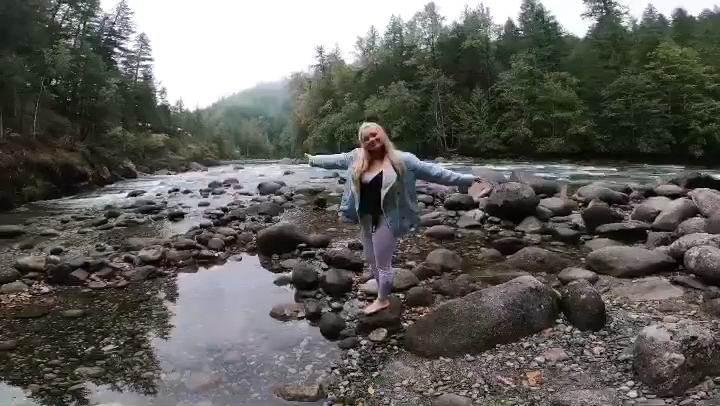 Liz Hurley Hot in a Dress she Wore 21 Years Ago and Other Fine Things!