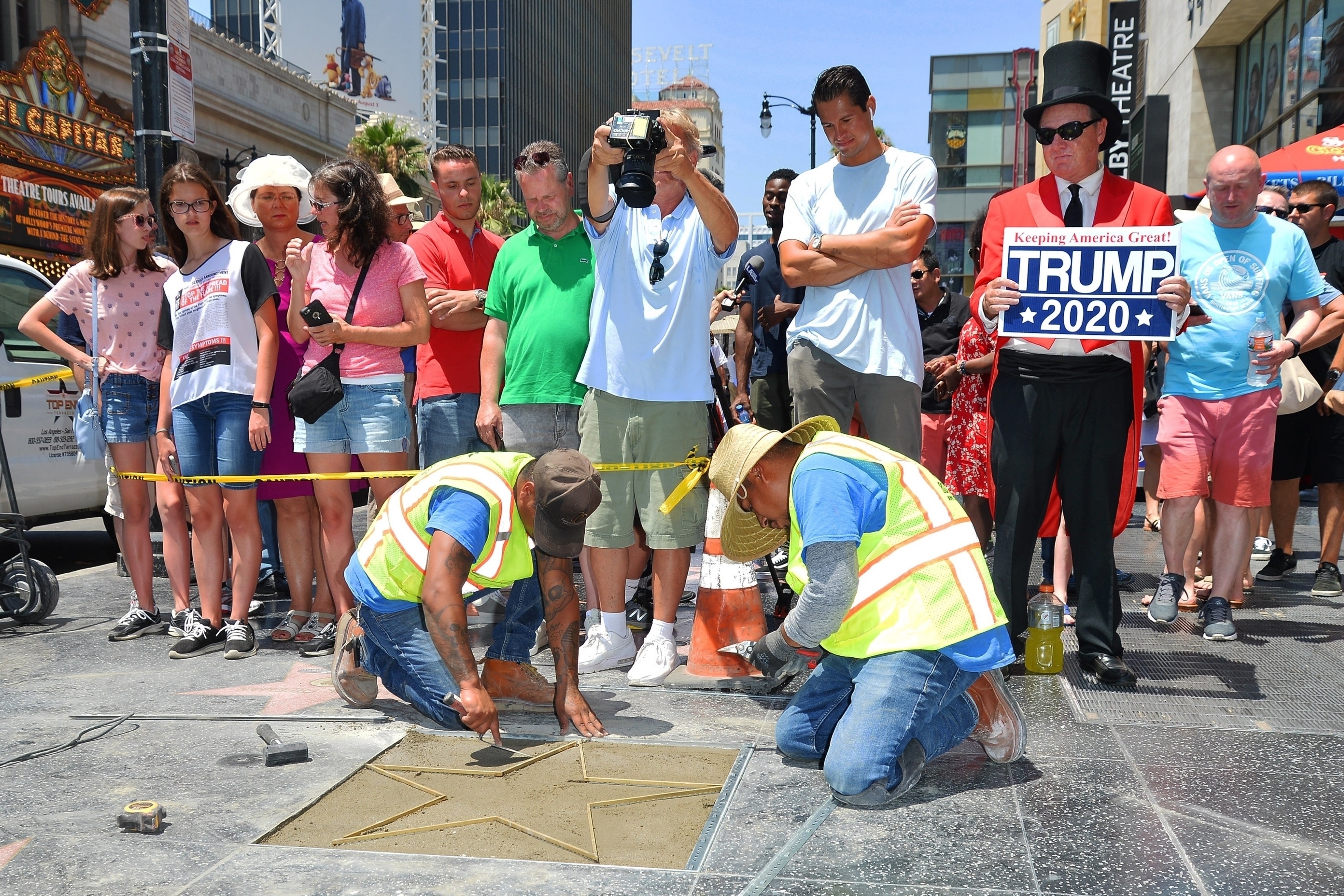 One of the more tragic sights to take in while in Hollywood, CA is the Walk of Fame, which you can find being trampled by tweaking off-brand Dora the Explorer impersonators on a daily bases. Beneath the hobo grease and trash lies a terrazzo graveyard for America's collective taste - a graveyard which was recently vandalized by a pickaxe-wielding man named Austin Clay who targeted President Donald Trump's star specifically. How dare he. Do Amy Adams' first.

Besides the Vietnam Memorial, the Hollywood Walk of Fame is America's most treasured and sacred monument, and as such, Clay's act is garnering national, if not international, media attention. Obviously his 3:00 AM attack on Trump's star yesterday was politically motivated, and now it's become a sort of rallying cry for marginalized Trump supporters, like the patriot pictured above. Clay turned himself into the police, and was made to pay $4,000 for the construction of a new gorgeous star. We now have footage of Clay's manic attack on traditional values thanks to a bystander. The war has begun. Tin soldiers and Nixon coming, we're finally on our own. This summer I hear the drumming, a terrazzo star damaged in Hollywood.