Elle Fanning has been asked to be a part of the W Magazine TV Portfolio and she decided to be iconic for her portraits. The Emmy-nominated star put on her best Paris Hilton costume, complete with a stuffed Chihuahua toy and posed for the camera in the middle of a field.

Elle said she decided to channel The Simple Life Paris for the shoot due to her "deep love" for the reality tv star. Elle is such a big fan of the Simple Life TV show she said she re-watches the series every few years.

"I love Nicole Richie. I love Paris Hilton. I've gotten to meet Paris a couple times, and she is the nicest and coolest. It was so fascinating hearing in Paris’s documentary how she put on this persona for the reality show. It’s quite clever. My sister and I would watch it and act out the scenes. I would normally be Nicole Richie, and she would be Paris. We would say “That’s hot” and “Loves it.”Finally, I get to dress up as Paris and have the dog, because Dakota always had the Chihuahua"

Read Elle's full interview over here and scroll through the gallery for more Elle updates! 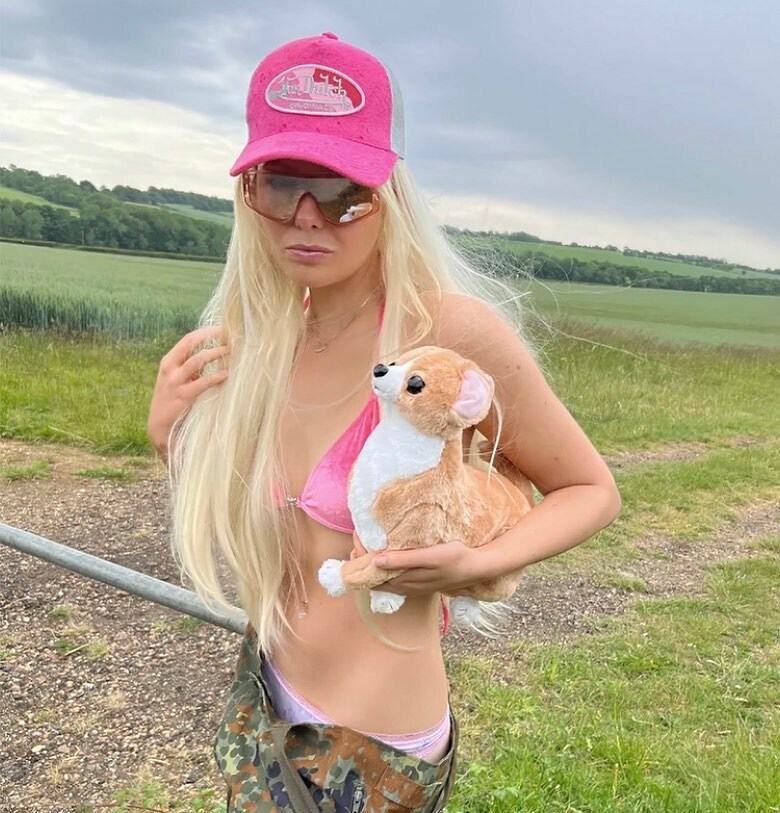