Elle Fanning is a Futuristic Robot!

Elle Fanning is having fun playing around with some Instagram filters today, like the one below which tells you the type of mood you're in. Elle played along and waited for her result, which described her as a Futuristic Robot...

Not far off from what Elle has called her sister Dakota, calling her an "alien from the future". I have met Dakota Fanning once in my life and since finding out that Elle also thinks her sister is an alien, I feel less bad about confirming that idea. Girl is totally from out of space and I mean that in the best way possible (please abduct me DK).

Elle has also been featured in the new issue of W Magazine as part of the Sofia Coopla piece that also features Kristin Dunst and Rashida Jones. The actress was photographed by Zoe Ghertner and spoke with the magazine about filming with Sofia and Kristen Dunst in New Orleans.

“I remember when I could really hang out with Sofia and Kirsten. We were all at this hotel in New Orleans, and we stayed up really late one night. I felt like I was in with the cool kids.” 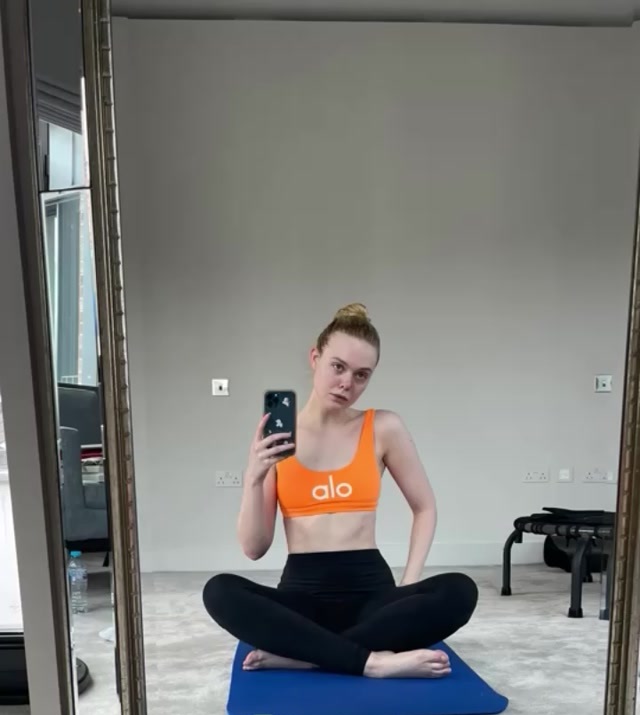 Kaia Gerber Feeling herself Up and Other Fine Things….