Elle Fanning was nominated for her first ever Golden Globe award this year, she's been in the industry for a long time but has yet to actually attend the awards. This year marks her first nomination but because of the whole pandemic Elle was forced to celebrate at her apartment in London and not with a room full of her peers.

The actress is currently filming the second season The Great, which is the role she was nominated for Best Performance in a Comedy, which she lost to Catherine O'Hara for her work in Schitt's Creek.

Elle wore a blue satin Gucci dress and had her hair pulled back into a sleek bun for the awards, which she watched through her computer screen. The actress also brought us on a behind the scenes look at her getting glam for the event, swipe through the gallery below for the full look! 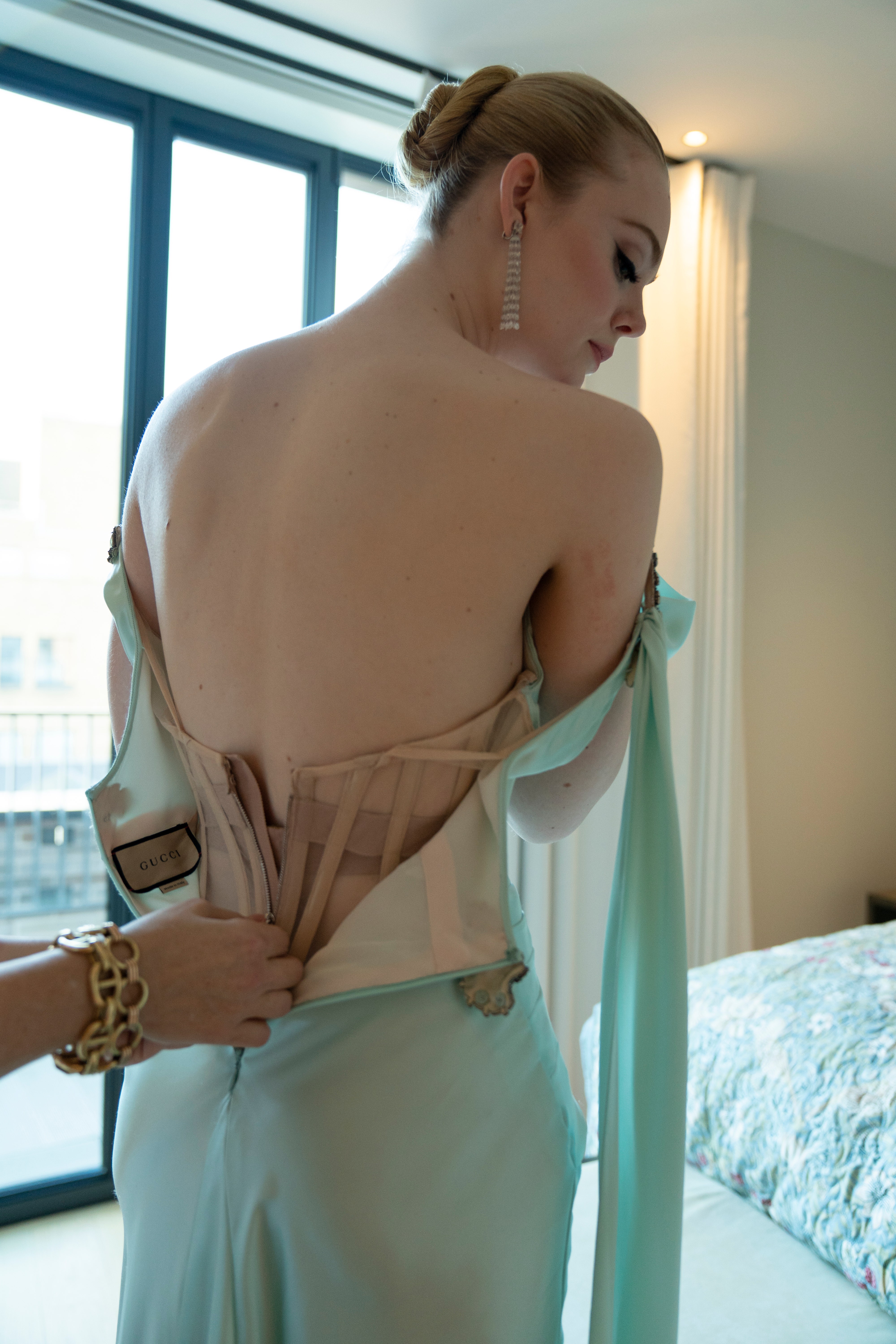