Elle Fanning is celebrating her first even Golden Globe nomination for her work in The Great, a story based on the real life Catherine the Great. The actress has been back to work filming season 2 of the Hulu show and received word of her nomination while on set yesterday.

Elle spoke to Deadline about the nomination and spoke about the shows success;

“I think it’s such a specific tone and I think it’s a beautiful, escapism to a historical world, it’s very opulent, but there’s such a groundedness to it. It has that dark satire, comedic sense of humor that you can laugh at it but then the emotions really hit hard.”

Here are a few photos of Elle starting celebrating on set! 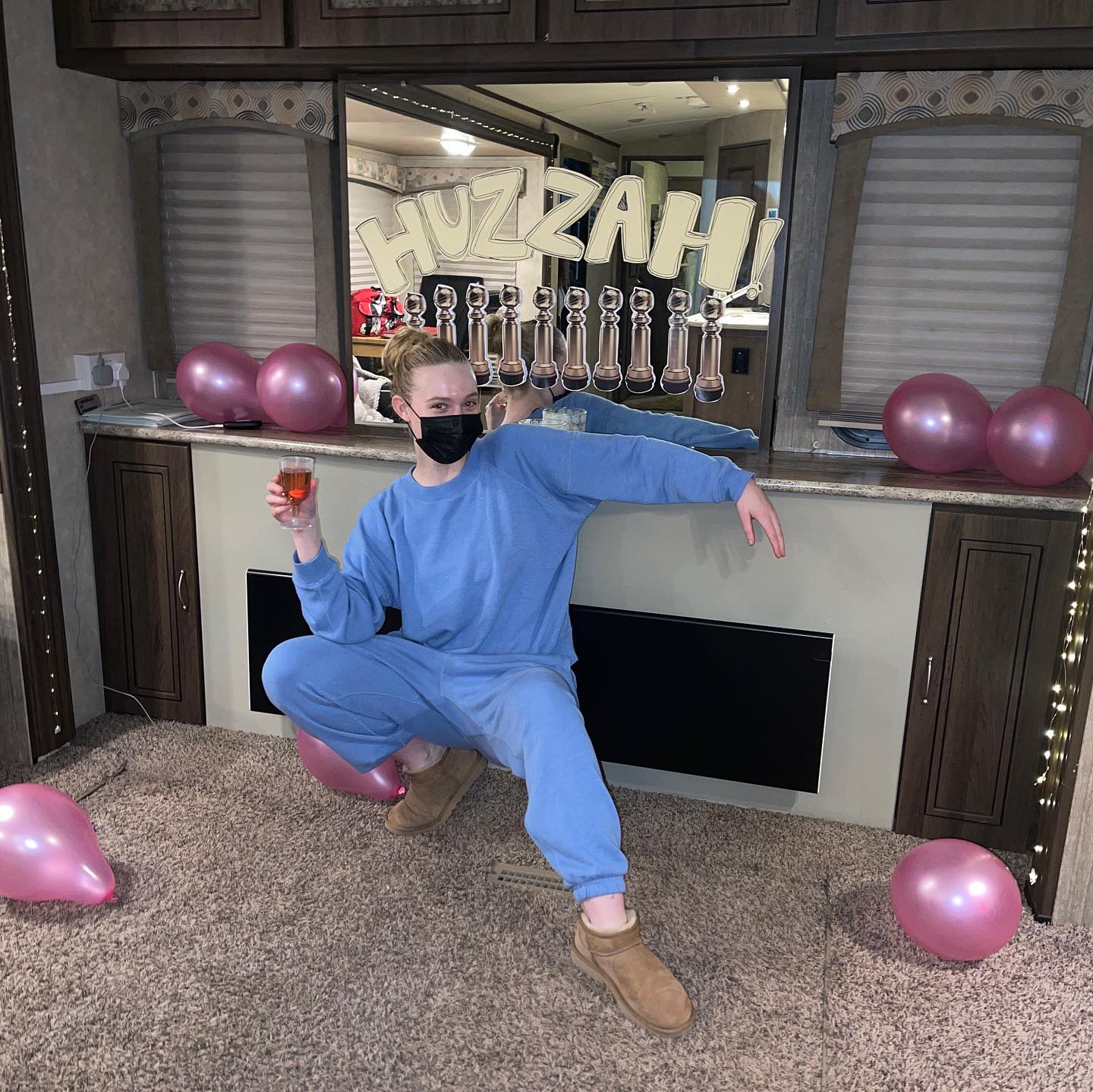