Dove Cameron has hit the road with her boyfriend, they are in a big truck which has Dove behind the wheel, but they aren’t pulling an RV behind them like many celebrities have been doing. The pair have been staying in hotel rooms and making the most of the trip by singing in the car, to this kind of depressing song, and taking bathroom mirror selfies. The mirror pic brought some backlash in the comments on Dove’s social media with fans saying she looks too skinny, who cares, she looks GREAT! 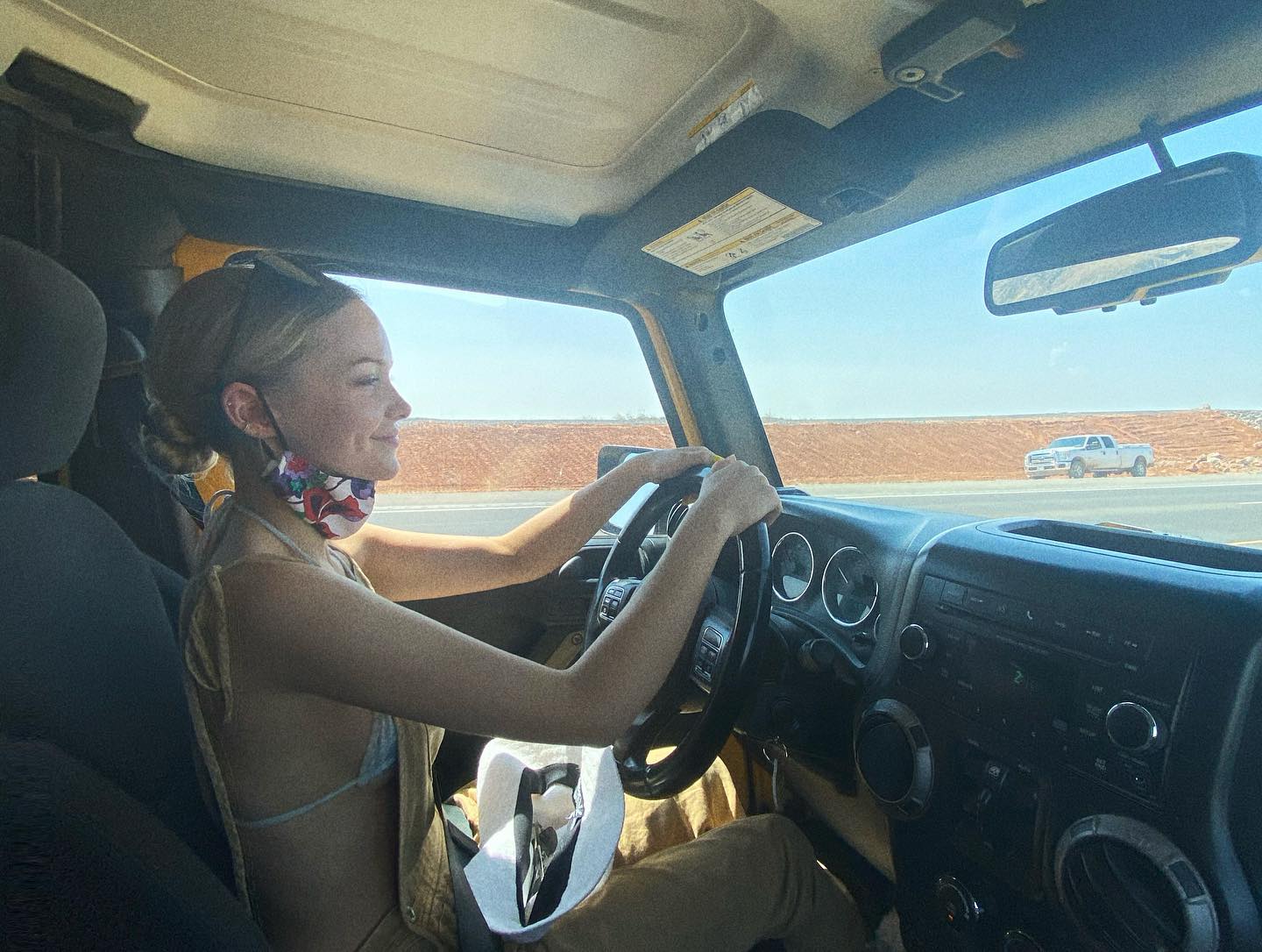 Elsa Hosk is Going to Be a Mom!