Carolyn Murphy was huge in the 90’s and was basically everyones top crush, she was the sexy surfer girl, tanned with blonde hair who looked super chill and down to earth. Guys wanted to be with her and girls seriously wanted to be her. Well she’s 45 now and is being featured in Elle magazine next month in some pretty sexy shots. She shows off her looong model legs in a pair of nude stockings and looks like the ultimate housewife fantasy as she irons in the kitchen.

Carolyn has a 19 year old daughter named Dylan who she had with ex husband Jake Schroeder, the guy who eventually got charged with trying to extort her by releasing a sex tape they made on their honeymoon. So she may pass the modelling torch to her teen daughter soon, but in the meantime Carolyn has still got IT. 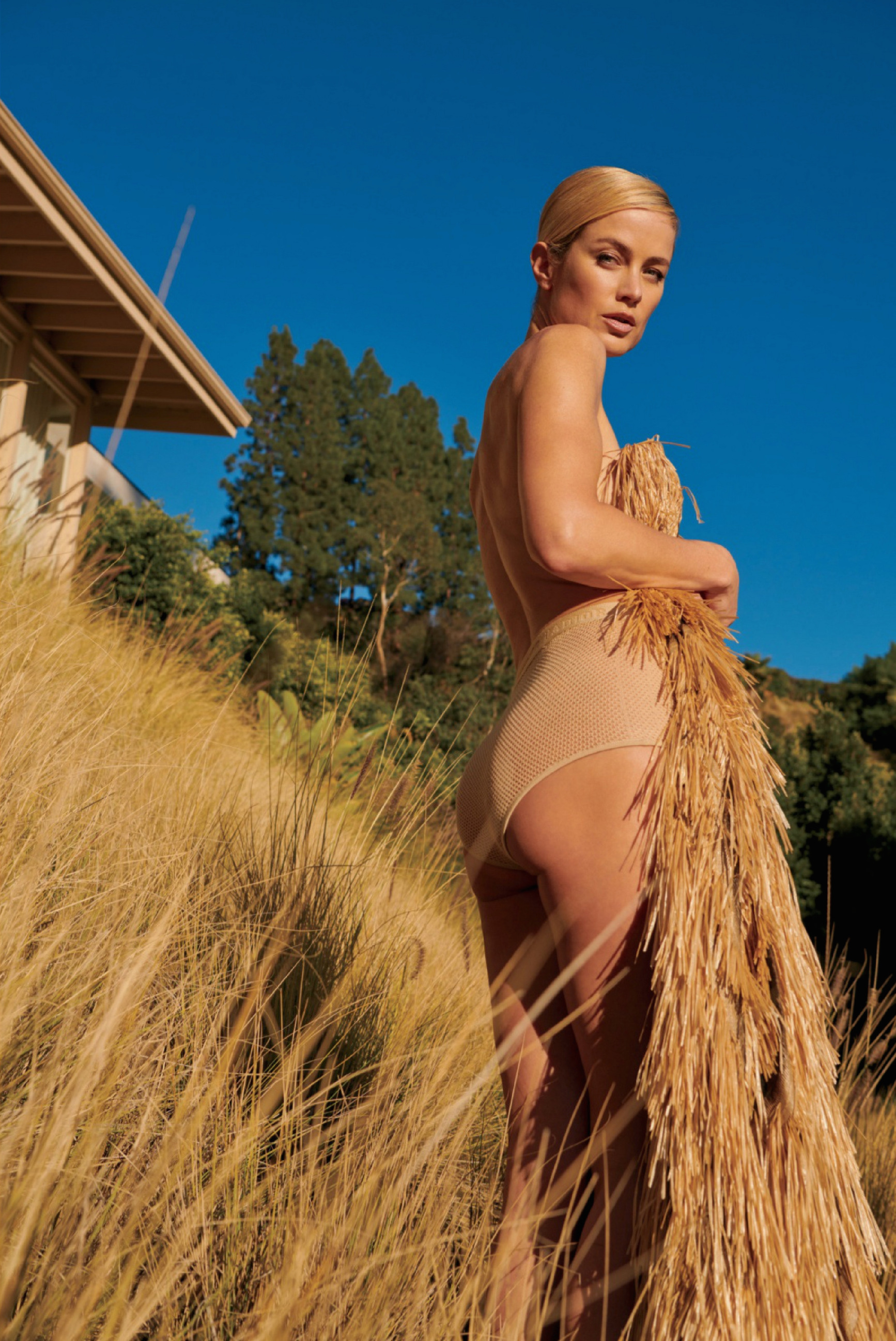