Chrissy Teigen is finally being exposed for the bitch she is, and it’s not cute. Courtney Stodden has taken to her Instagram to reveal how she was bullied on Twitter when she was just 17 years old, by a then “25” year old Chrissy, who I’m sure is older than she says she is, theres no way she’s only 34 right now but whatever.

Chrissy is a known “twitter troll” based on her history of getting drunk and abusing people on the app. In this new world of ~inclusivity, why the hell haven’t we cancelled Chrissy yet?

Here are the tweets that offended Courtney the most, spoiler alert 2 of them are literally death threats: 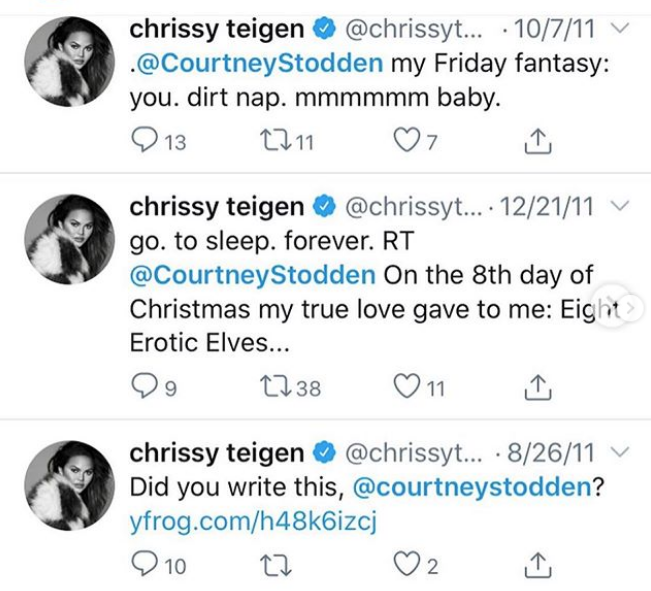 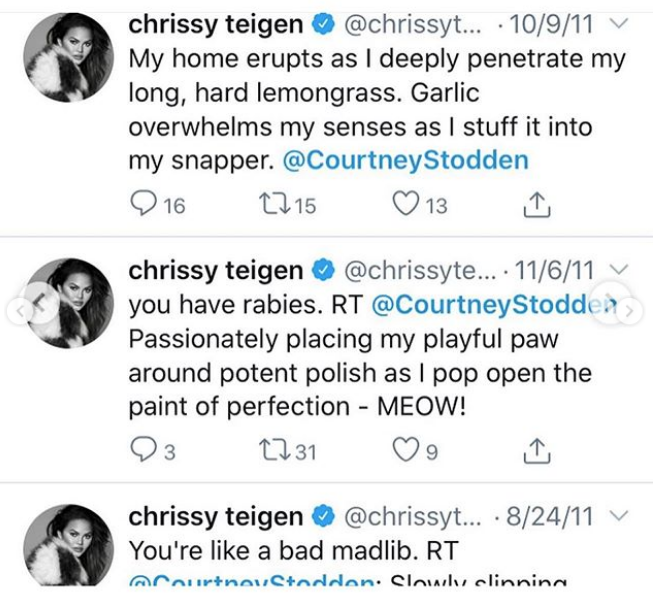 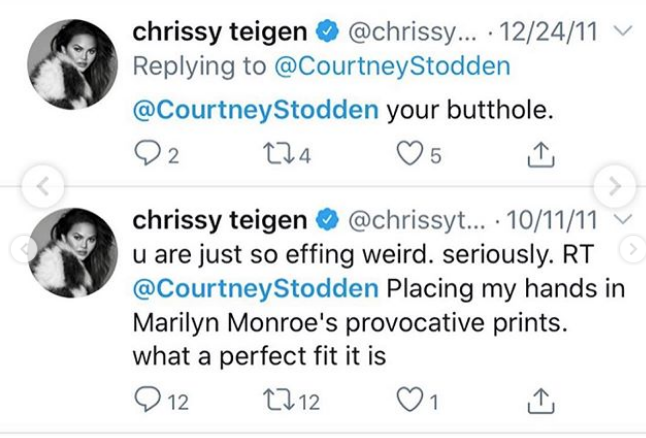 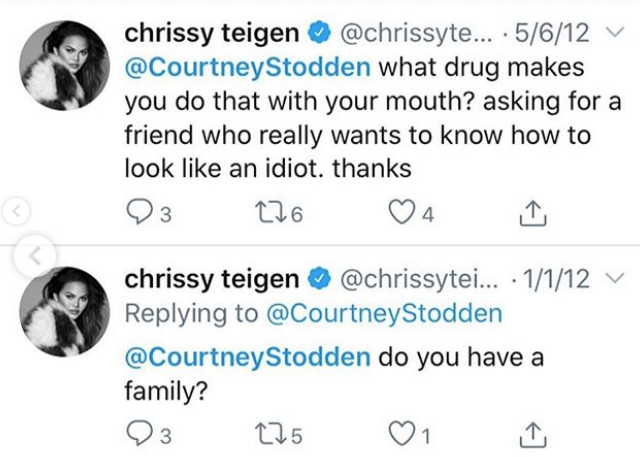 Chrissy attacking a young girl who was clearly being taken advantage of in front of the world by her 50 year old then husband, and her mother who signed off on her being married at 16. The saddest part is Chrissy was replying to totally innocent tweets by Courtney, she stuck her nose in her business and talked down to her telling her to die!

Even if you aren’t the biggest Courtney fan, there is no excuse for Chrissy to wish death upon a girl just trying to make it in the world. Chrissy was once in her shoes, being a young girl with no direction, until she was “discovered” while working in a surf shop in California.

Chrissy slithered her way into the entertainment industry by posing with her FAKE tits out, landed herself a boring husband after meeting him on set for a music video and having sex with him that night, who she then leveraged into some sort household name and again gained plenty attention for being a snarky bitch on Twitter.

Oh and remember when Chrissy went on about how she’s “always been square” and that she doesn’t have curves? She just came out and said that due to the Corona Virus she can’t go have her implants removed. So she has big fake tits and is trying to play the “I’ve always looked like this” card. You know I tried to be nice in my last Chrissy post but I give up, girls a total bitch, so unless she dies, this will be the last time we talk about Cancelled Chrissy. 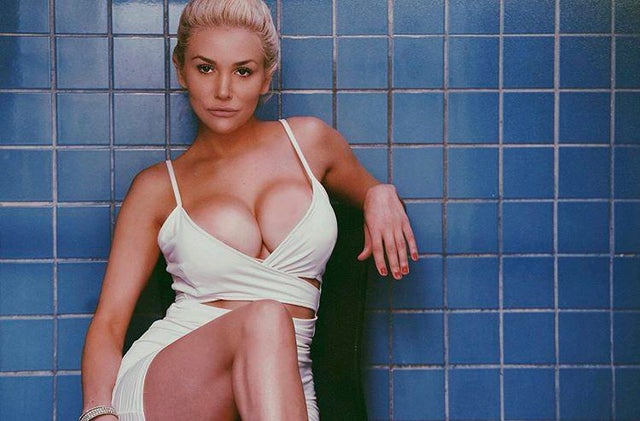