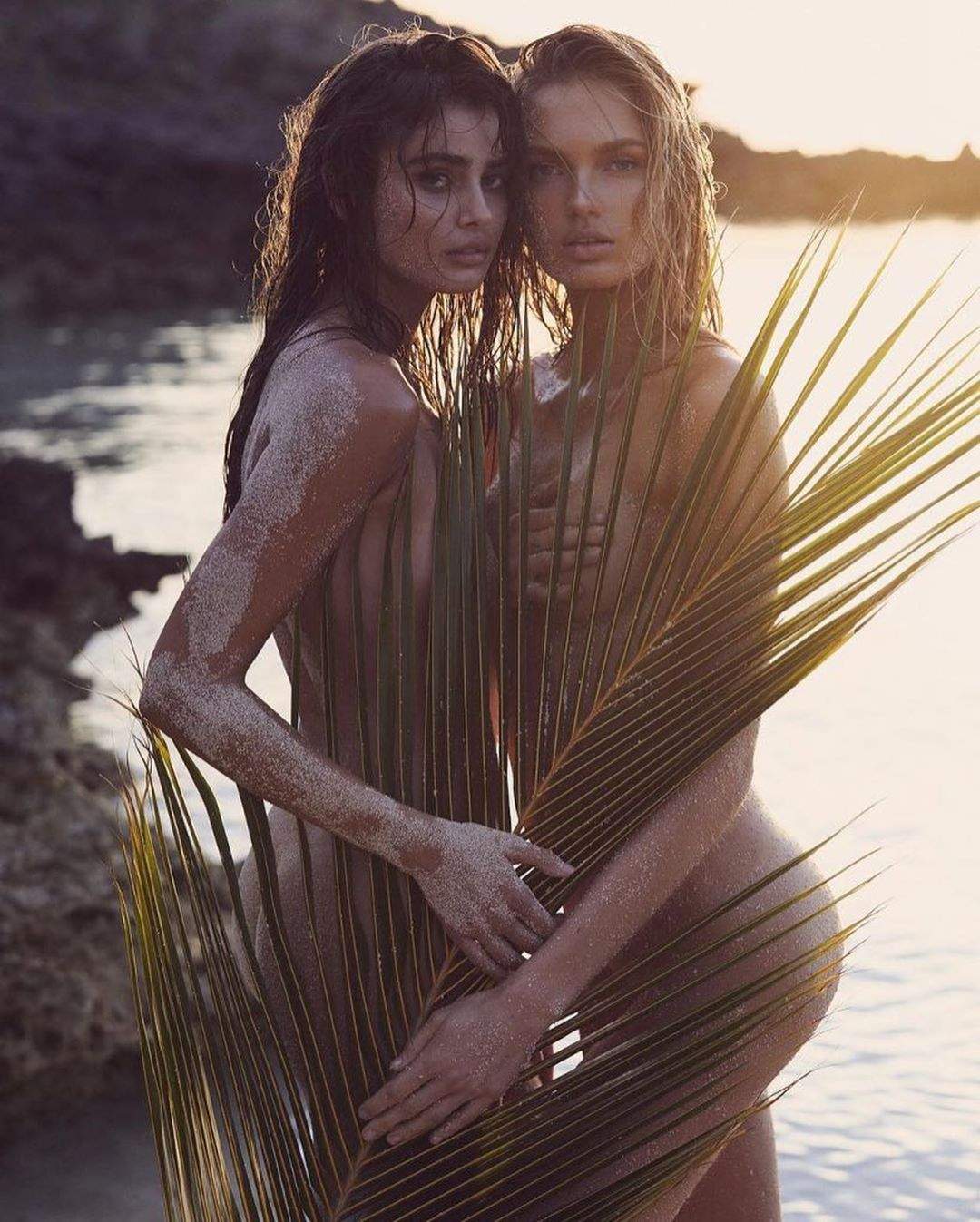 Romee Strijd is here doing some soft lesbian fantasy poses with Taylor Hill. I assume for Victoria's Secret, which if you've seen the Epstein documentary on, you'll have a very different opinion of their approach.

She has been working with the mall brand since 2015, which was a good run, considering they will likely never recover the Pandemic and the Epstein and the fact that they aren't woke or inclusive but rather made in China, overpriced crap.

Crap that has paid some of the most beautiful women in the world to model, like Romee and Taylor Hill.

As it turns out, Romee and Taylor Hill are faking their romance for the sake of their photoshoot, because the Dutch Romee just announced she is pregnant with her boyfriend, a Dutch TV Presenters son named Laurens Vn Leeuwen, sounds Dutch to me!

I am not a person who loves pregnancy or bringing children into this evil world, so at 24, I feel she had a few more good years in her, but Congrats are always in order since it's not about my wants and needs, I've never even met this woman!!

I am sure it was a "Quarantine Baby" and there will probably be a lot more of those coming in the months to come.

Charlotte Lawrence Around the House!