Madison Beer in a Bra Top!

You have probably not heard any of her songs, I know I haven't, but we're more interested in her other talents, which involve posing in the selfie, which is social media's cornerstone / most important tactic.

She's in a bra top, because being fully clothed would be a waste of a selfie, you got to maximize likes, plus it's socially acceptable, so make it the key component of the outfit. Which is exactly what she's doing and it's great. 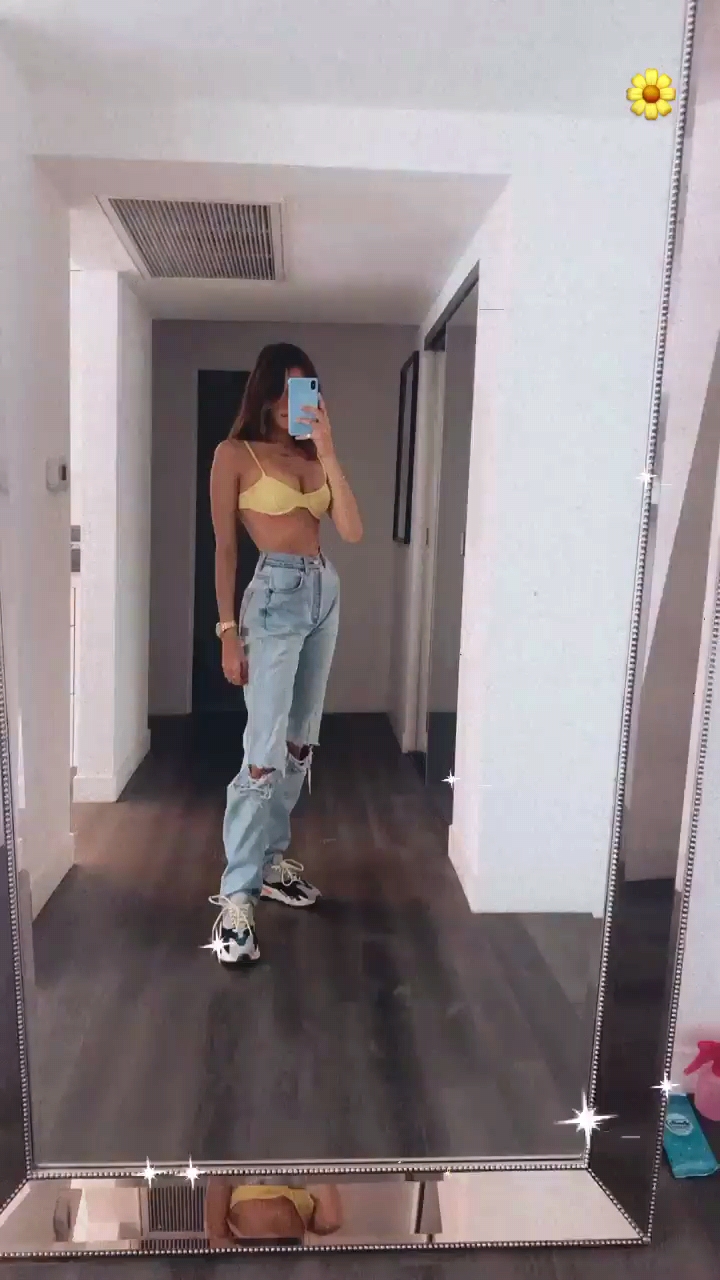