A few months ago Demi Lovato let us know that she is loved and wanted by introducing us to her boyfriend, a guy named Max Ehrich. Max proposed to Demi on a beach in California and they took some glamour shots to announce the engagement. About a month later, users on Twitter started exposing Max for being secretly a Selena Gomez fan. Selena and Demi have some sort of longstanding beef so it was a blow to Demi's ego when she found out he used to call her the ugly friend and Selena the more talented one.

Anyway Demi dumped his ass after this because it was embarrassing and now the boyfriend is bringing us even more cringe by having the paparazzi follow him to the beach where he proposed, so that they can take photos of him fake crying and walking into the ocean all dramatic like. It's pretty funny but very embarrassing for Max, who is now apparently moving on to comedian Elijah Daniel after he slide into his Instagram DM's. I just want to know if this was pre-beach cry or afterwards, maybe it was during!

Here is a very single Demi, showing off what a little weight gain can do to your cleavage and looking pretty unbothered! 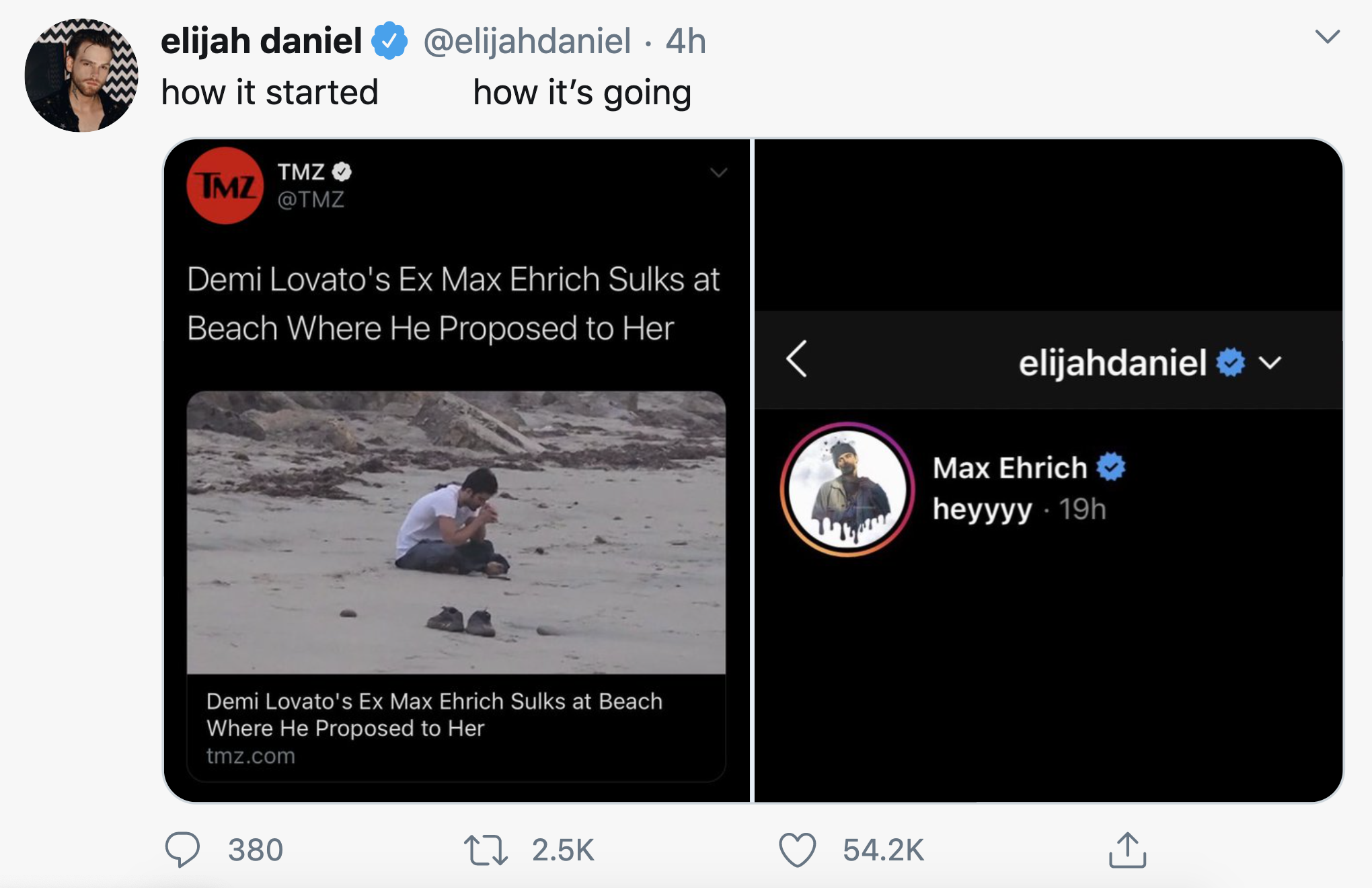