Vanessa Hudgens took part in the WAP challenge the other day, filming the dance routine in her backyard with friend GG Magree. Vanessa hits every beat of the song and is able to do the dance better than most of the people on TikTok, you can see the 10 best WAP videos over here.

It’s no surprise the Disney trained actress was able becoming reigning champ of the WAP dance but I’m sure she didn’t expect the video to blow up how it did, she’s received over 6 Million likes in 11 hours and has everybody in the comments praising her. Here she is celebrating her success of breaking the internet with a little backyard glam, she’s wearing a red dress and full length silk gloves as she channels Nicole Kidman from her role in Moulin Rouge.

Only a Disney Kid would do this in her spare time! 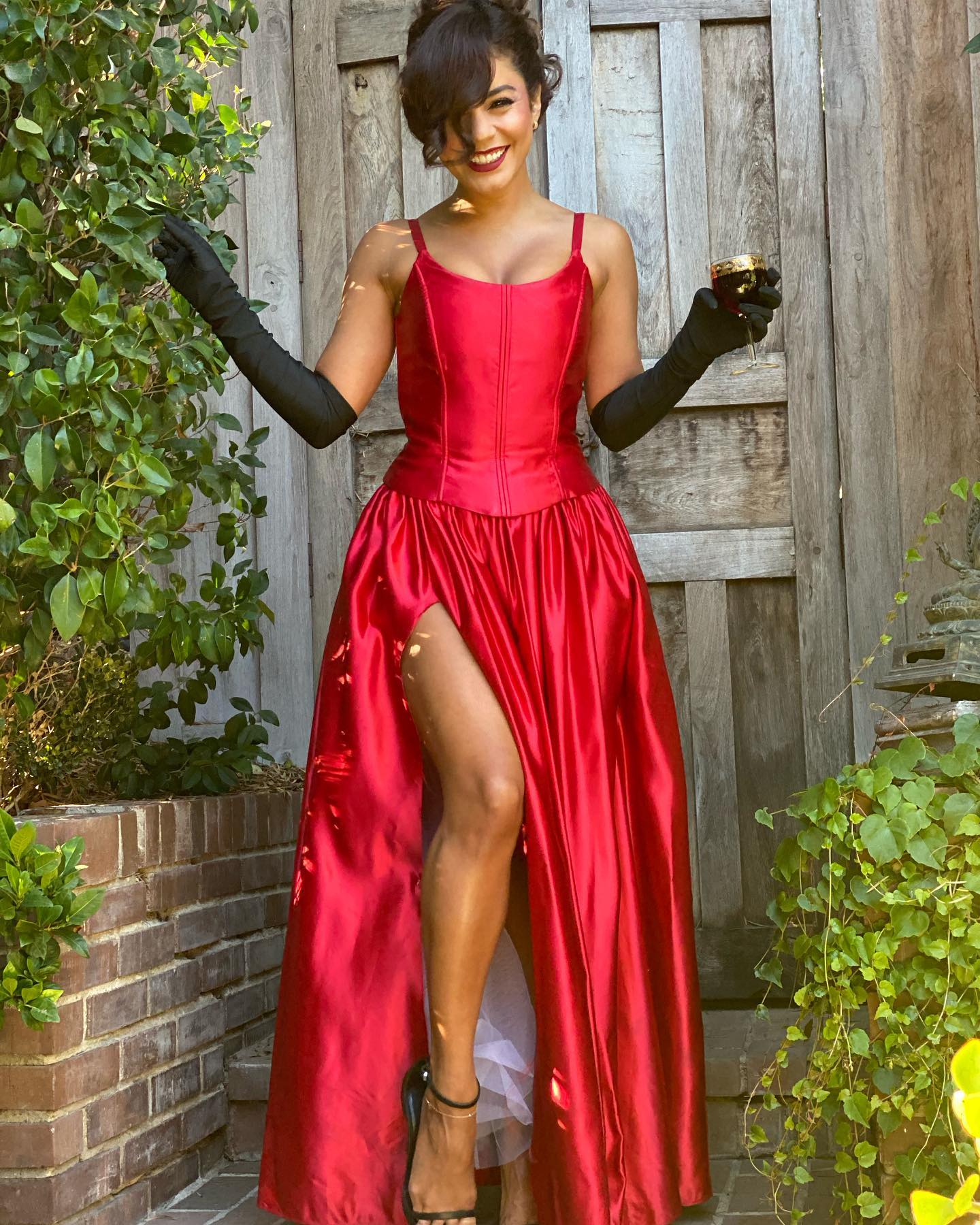 Jojo is Getting Festive!